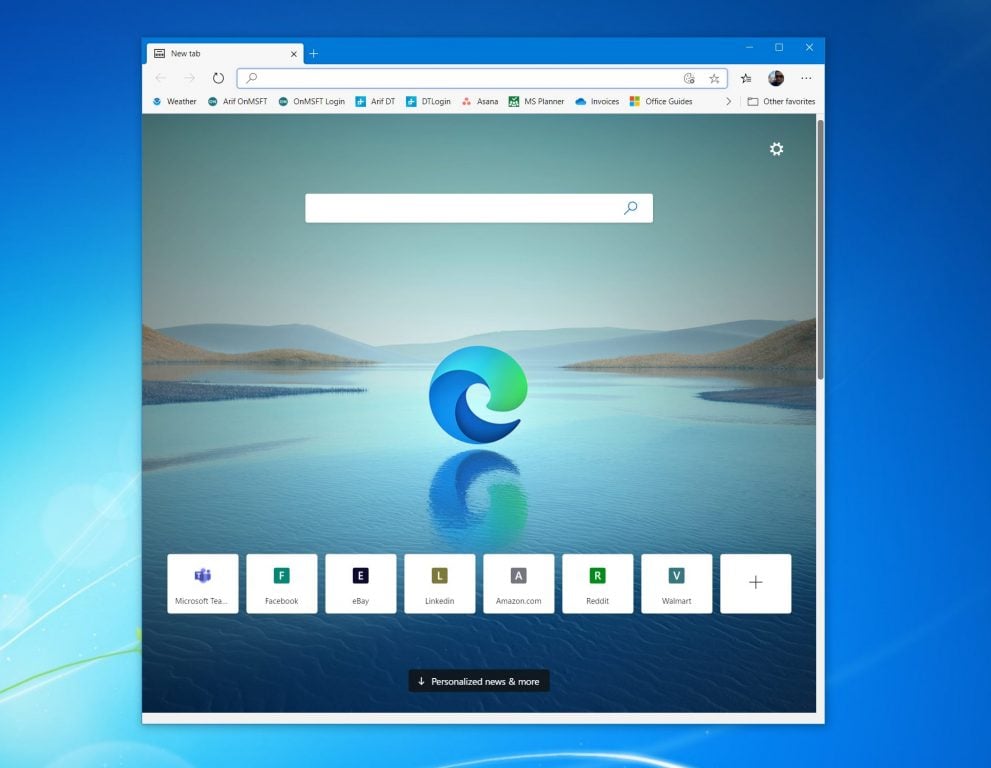 Microsoft has started rolling out its new Chromium-based Edge browser to Windows 10 PCs via Windows Update. With the change, the new Microsoft Edge updates will remove the legacy Edge browser that comes installed on new Windows 10 PCs. As noted in a post by ZDNet, the new Microsoft Edge installed via Windows Update will remove legacy Edge, and all settings, passwords, and favorites will sync to the new Edge automatically. Microsoft announced back in December 2018 that it was moving to a new Chromium based browser, and as of the Windows 10 May 2020 Update, also rolling out, legacy Edge is now deprecated.

For reference, here are the Microsoft articles for the new Edge updates.

After installing the new Edge via Windows Update, all current Start menu pins, tiles, and shortcuts will migrate to the new Edge. Existing taskbar pins and shortcuts will also migrate, and Edge will be pinned automatically to the taskbar. By default, most protocols that Edge handles will be migrated to the new Microsoft Edge. There’ll also be an Edge shortcut on the Windows 10 desktop. Furthermore, updating Edge via Windows Update will not give users an option to uninstall any Edge updates.

Moving forward, Microsoft will follow Google’s Chromium update cycle with Edge, pushing out stable releases every six weeks, alongside Edge Dev and Edge beta channel releases. In March, Microsoft announced a new Edge Password Monitor feature that will alert users if any of their autofill information has been detected on the dark web. Other minor features coming to the Chromium-based Edge include an improved Immersive Reader and InPrivate search with Bing. In addition, Microsoft announced its plans to bring its Collections feature to the Android and iOS versions of Edge later this year.