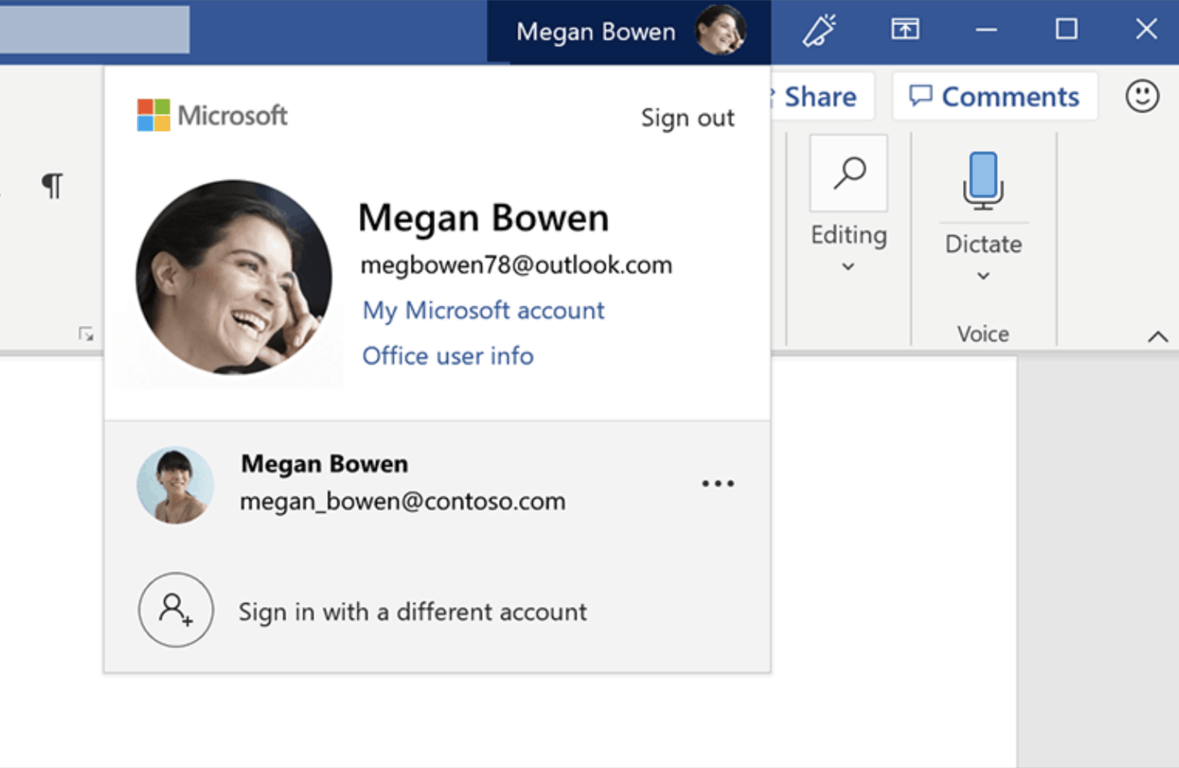 Microsoft’s Office apps on Windows are getting a new Account Manager feature that will soon allow users to seamlessly switch between accounts. The software giant is currently testing the new Account manager with Office Insiders in Word, Excel, PowerPoint, Access, Project, and Visio, and this feature now makes it possible to toggle between personal and work accounts in seconds.

"This updated experience makes it clear how you're logged in, and now you can toggle between work and personal accounts without having to sign out first or deal with complex dialogs," the company explained in the release notes for Office Insiders. The new Account Manager first shipped to Office Insiders on the Fast Ring back in February, but Microsoft has now made it available on the Insider Slow Ring, which is now called Monthly Channel (Targeted).

Microsoft is still working on a tabbed experience for Windows, even though Microsoft Sets is "no more"