As we wait for the HP Falcon to be formally announced, another Windows 10 Mobile device has been spotted on GFX Bench. Like the HP Falcon, this device will run on a Snapdragon 820 and Adreno 530 GPU. However, it is sporting a slightly better camera configuration with a 20 MP rear camera and 12 MP front-facing camera. In addition, the device will have a 6" 2560 x 1440 display. The device will also likely have between 32 GB and 64 GB of internal storage with possible microSD expansion support. 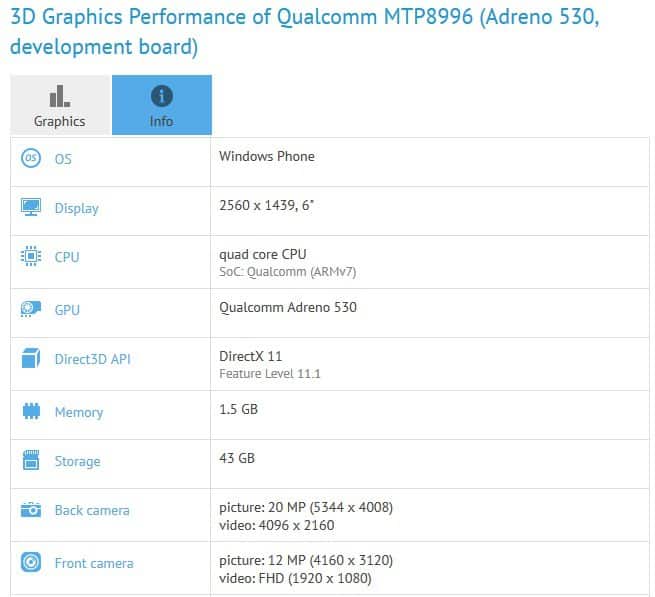 As far as RAM goes, based on the amount free in this entry the device may have between 3-4 GB RAM. Unlike the Lumia 950 and Lumia 950 XL, this device will rely on a quad-core Qualcomm (ARMv7) processor. No code name is available for this latest Windows 10 Mobile device, known simply as "Qualcomm MTP8996."  This Windows 10 Mobile device could be just one of many phone configurations that Microsoft is experimenting with until it finds the best one for its much-anticipated, Surface Phone.