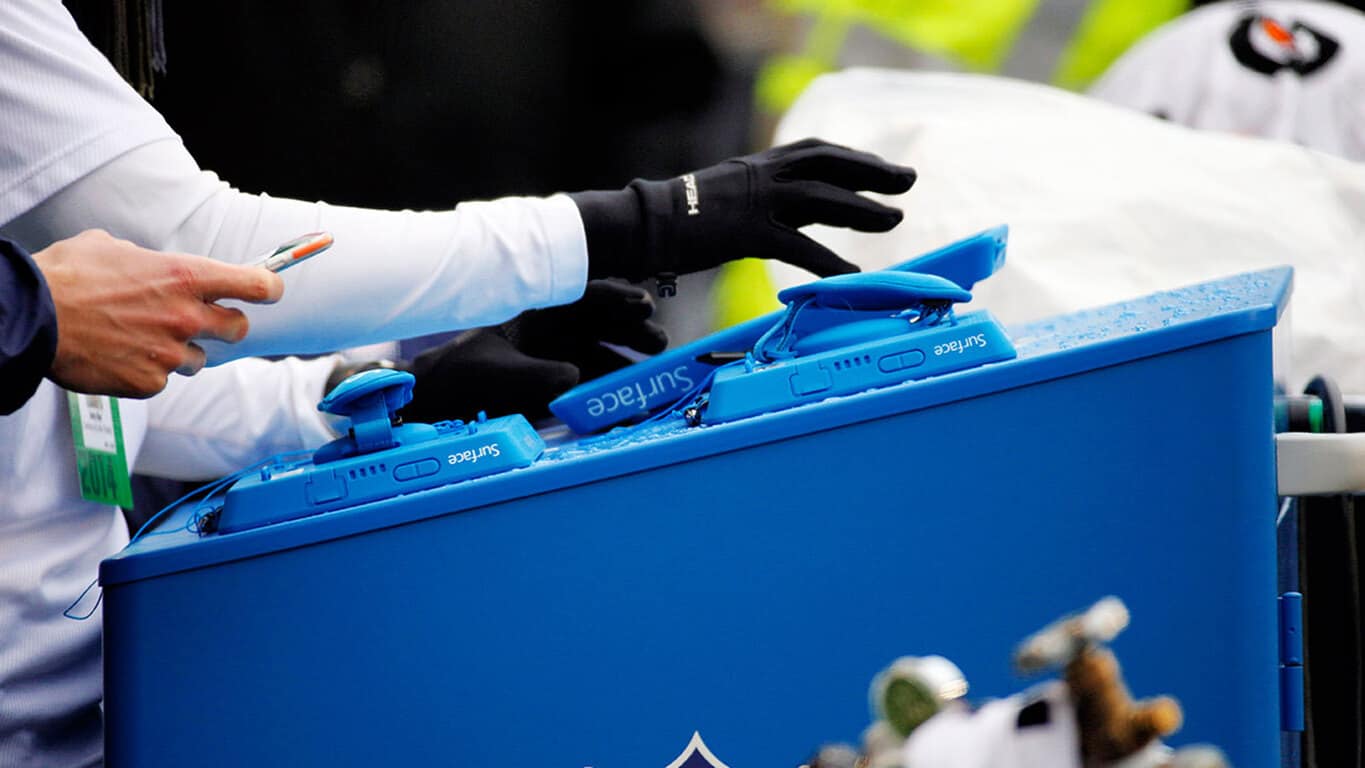 Last night’s game between the Denver Broncos and the New England Patriots had no shortage of drama, not the least of which being some seemingly malfunctioning Surface Pros – devices which the NFL has sponsored in a highly productive partnership with Microsoft. In the middle of the game, there were multiple reports that several of the Surfaces “stopped working,” on the Patriots sideline, disrupting the flow of the game for the players and coaches that rely on the Surface to help coordinate their plays.

Unsurprisingly, Microsoft’s response to the debacle was swift and relatively dismissive of the issue.

Our team on the field confirmed the issue was not related to the tablets themselves but rather an issue with the network. We worked with our partners who manage the network to ensure the issue was resolved quickly.

While it may seem like Microsoft is just trying to save face in order to protect their brand name in a high profile partnership, this explanation makes about as much sense as any. It’s next to impossible that the whole array of Surface Pros used in the stadium suddenly started malfunctioning at the same time, but a network error makes sense in this context.

It’s a shame that a network error threw a wrench in last night’s game, and it’s even more of a shame that misinformation propagated by the commentators of the game (Who have repeatedly referred to the Surface as “iPad like,”and immediately blamed the issue last night on the Surface) has some people coming away with a negative impression of the Surface Pro. Hopefully the reality of the matter enters common knowledge soon, and the Surface won’t be getting any undue criticism.