The most popular streaming application, Netflix has updated their Android and iOS applications to be able to download select titles. However, Windows users are left wondering when they'll be getting the feature.

Netflix's "Airplane Mode" allows users to download select titles and is intended to be used for mobile devices on the go where bandwidth can be limited.

Available titles vary depending on the country where licensing agreements are different but Netflix states that there will be more to come. Current available titles in the United States include Netflix Original series such as "Orange is The New Black", "The Crown", and "Stranger Things". It's not just limited to originals, however. "Minions", "Supernatural", "The Office", and other well-known titles are also able to be downloaded.

Yet a user base has been put aside in favor of solely the more popular phone applications. Currently, the even the main Netflix site hasn't updated with the feature to download onto laptops and Windows 10 Mobile users don't have the option at all.

Windows isn't the only one without the ability to download from Netflix. One user on Twitter asked if the feature would work on their Kindle Fire tablet, but Netflix replied that "right now it's only available for iOS or Android devices". There has been no mention of updating the Windows 10 application or website.

The Airplane Mode is available globally right now. Try it out by updating your Android or iOS Netflix application or download it from the Appbox below. 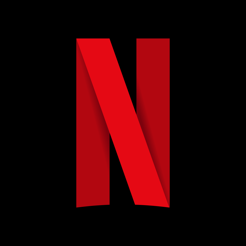 Microsoft has been trying to buy LinkedIn since 2006