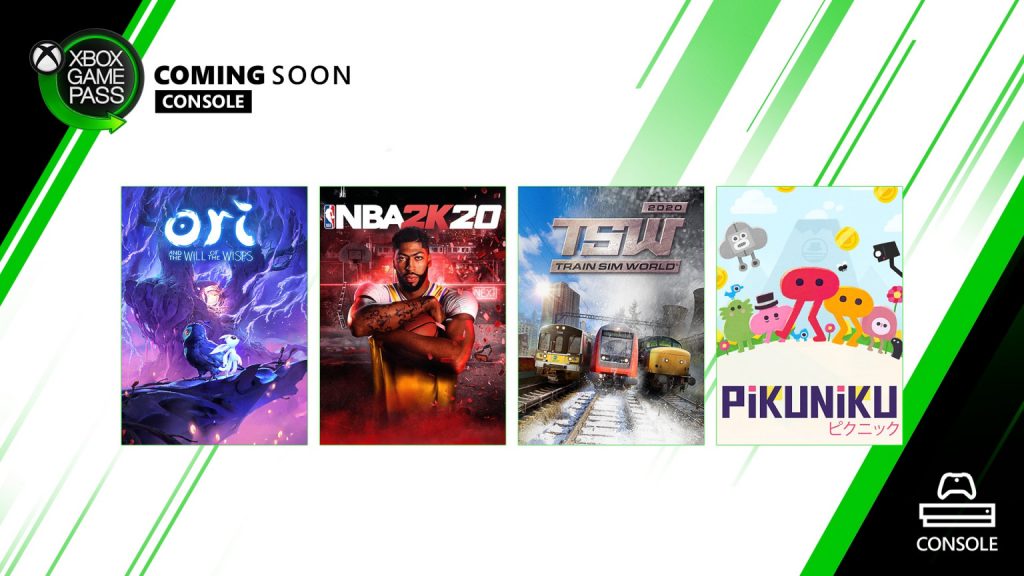 Microsoft has just announced the next wave of games coming to Xbox Game Pass for Console and PC in March. NBA 2K20 will be the first Xbox game to join the Console catalog tomorrow, March 5, along with Train Sim World 2020. The latter will also be available on Xbox Game Pass for PC, if you prefer the comfort of using a keyboard and mouse.

Next week, the much-anticipated Ori and the Will of the Wisps and the puzzle game Pikuniku will join Xbox Game Pass for Console and PC on March 11 and 12, respectively. The first one is already available for pre-download on both platforms, and it will be an Xbox Play Anywhere title that supports cloud saves.

On March 13, State of Decay 2: Juggernaut Edition, a remaster of the zombie survival game will also join Xbox Game Pass for Console and PC, along with the new team brawler Bleeding Edge from Ninja Theory. These two games from Xbox Game Studios support Xbox Play Anywhere as well as crossplay multiplayer across Xbox One and PC.

Lastly, Microsoft announced two more games joining Xbox Game Pass for PC later this month with The Lord of the Rings: Adventure Card Game and the beat ‘em up title Mother Russia Bleeds. However, the company didn’t indicate when these last two games will be available via the new Xbox beta app for Windows 10.

How to switch and rename audio output devices in Windows 10