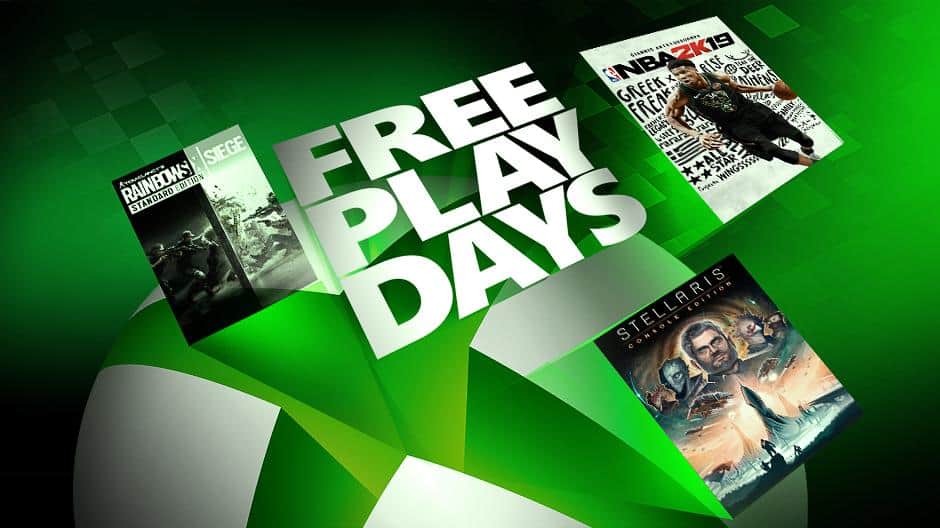 For Xbox Live Gold members, this weekend should be a pretty busy one with titles such as NBA 2K19, Rainbow Six Siege and Stellaris going free for a trial period. As part of Xbox Live Gold Free Play Days, the aforementioned titles will be available for free download on Xbox One consoles until Sunday, June 9, 2019.

Gamers will find that despite their trail timeframe, the games will be downloaded and can be played in their entirety, meaning achievements and character progress can be saved to an Xbox Live gamer profile and carried over if and when they eventually purchase the games. In addition to a trial period, all three titles are offering heavy discounts such as NBA 2K for $2.99 in some regions and up to 70% off for Rainbow Six Deluxe Edition.

It is doubtful that anyone will be able to complete any of the titles being offered in a single weekend, where gameplay hours range from 60 to 100 a piece, but the next three days will be a great opportunity to try some games you've had your eyes on.

Microsoft's ARM64 Chromium Edge up for grabs via new leak