Ahead of the official announcement on Xbox Wire, NBA 2K Playgrounds 2 and Override: Mech City Brawl will be available to play for free for Xbox Live subscribers this weekend. As noted in a post on TrueAchievements, these two games are being offered in the latest installment of Free Play Days on Xbox One.

Xbox Live Gold subscribers will be able to play NBA 2K Playgrounds 2 for free until April 16, 2020, giving players plenty of time to complete the estimated 20-25 hours in the regular campaign mode. On the other hand, Override Mech City Brawl will be available for free until Sunday, April 12, 2020 at 11:59 PM PDT. NBA 2K Playgrounds 2 allows you to play as any of the players from a massive roster of current and retired NBA greats. NBA 2K Playground 2 has online matchmaking with dedicated servers, four-player matches on Xbox Live, three-point contests, slam dunk contests, and more.

Override: Mech City Brawl takes about 12-15 hours to complete and offers players a chance to fight against opponents in a 3D city landscape. Override lets you play in epic battles against your friends with online Versus mode and an interesting take on 4-player co-op. In 4-player co-op, each player controls one half of each mech as they fight head-to-head. 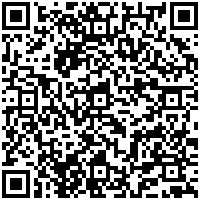