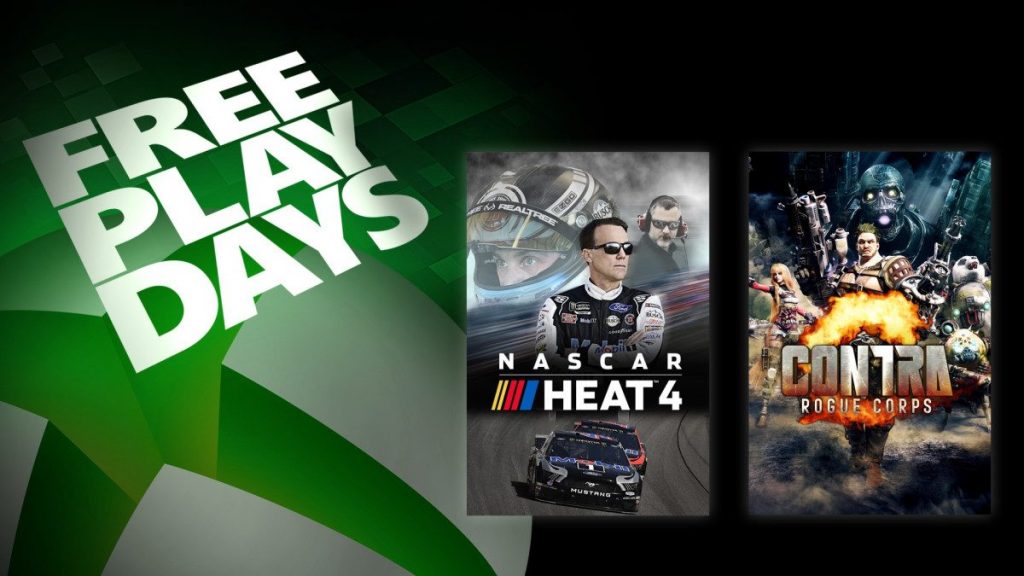 Yesterday might have been the last day for Xbox Live Gold members to play Elder Scrolls Online for free, but it seems Microsoft isn't ready to end the free gaming fun just yet. The company has just announced that two other games will be available for free this weekend starting today, until Sunday, November 17.

Perhaps the game most people will be excited for is the new NASCAR Heat 4 game. The successor to the NASCAR Heat 3 from 704Games last year, the new game comes with improved graphics and overhauled audio to make the game look and sound even better, plus new features including a deeper career mode and more driving control options.

If you enjoy your experience during the free-to-play weekend, you can also purchase it 20% off right now, which puts the base game at $39.99 and the Gold Edition for $55.99. If you opt for the latter, you'll get the 2019 Season Pass bundled in, which includes Jeff Gordon as a playable character in Quick Race and Online Multiplayer, as well as future expansion packs included until December.

If racing isn't your style or you're looking for something different, Contra: Rogue Wars is also free to play. During the free run, you'll have access to local and online 4-player co-op multiplayer, more than 100 buildable weapons, and character progression. The game is taking a $10 discount right now as well, so you'll only have to pay $29.99 if you decide you want to keep the game after the trial period.

What makes this Free Play Days weekend so exciting is that both of these are new game titles, each having been released only a couple months ago. Which game are you most excited for?