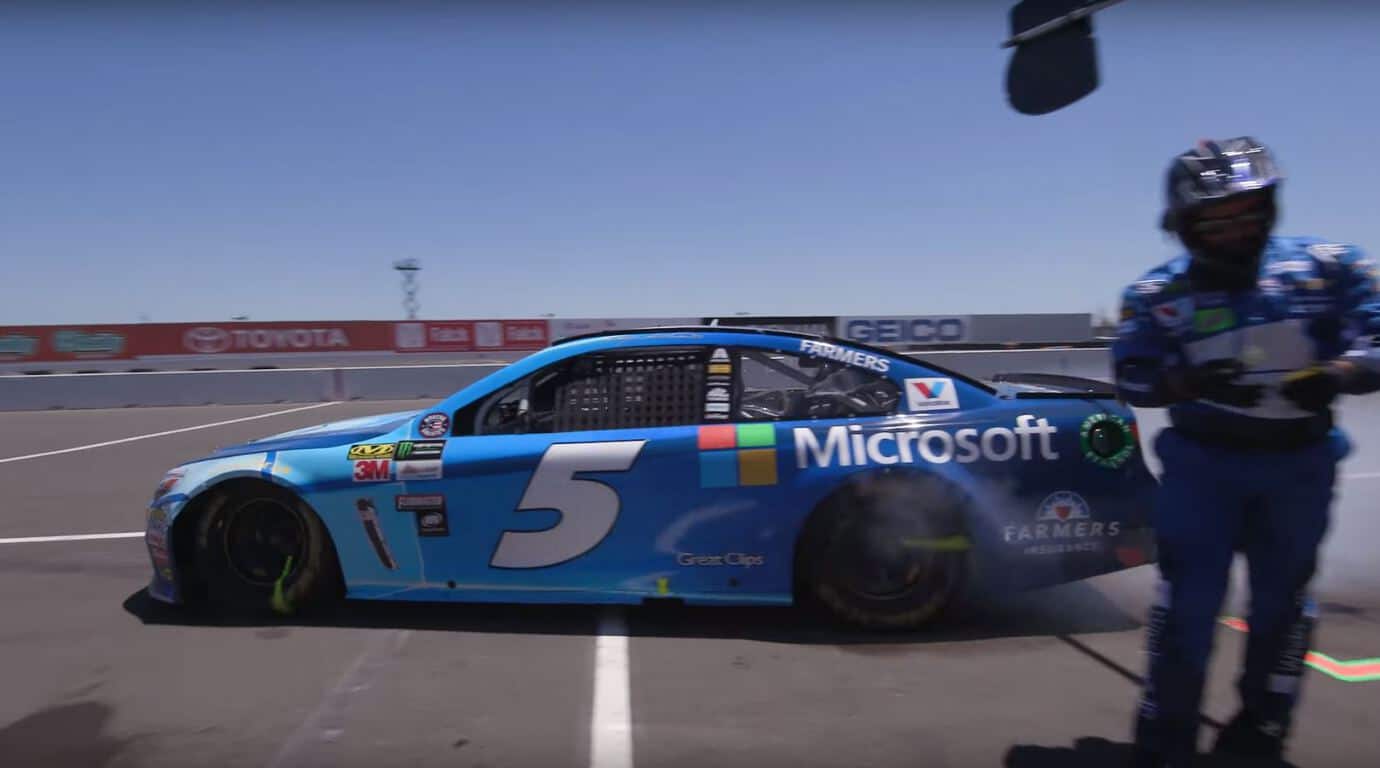 This past weekend at the Toyota/Save Mart 350 at Sonoma Raceway in California, Microsoft sponsored Kasey Kahne’s #5 Hendrick Motorsports Chevrolet SS. The Redmond giant’s involvement in the sport, though, goes beyond Hendrick Motorsports, as the Seattle-based tech company is helping NASCAR get up to speed with modern technology thanks to an updated race management app built for Windows 10.

The app is part of a three-year tech integration partnership between Microsoft and NASCAR, with the goal of helping the sport in the process of the digital transformation. According to Microsoft, the updated race management app, which is built by NASCAR and Microsoft on Windows 10, helps race officials click a car number to see a driver’s position on the track, or even see when the car last pitted for fresh tires and fuel. And, though it was initially launched in 2016, the updated version of the app launched on Sunday during the Toyota/Save Mart 350 at Sonoma Raceway.

Data and video from the Race fueling the race management app is stored on Microsoft’s Azure cloud platform, helping combine six NASCAR scoring categories (historical data, timing and scoring, pit road officiating, video replay and car positioning) into one single screen. The folks at NASCAR also use Surface Dial with the app, specifically for examining “infraction videos” within the app. Likewise, other Microsoft technologies such as Microsoft Office 365 and SharePoint Online are used by NASCAR officials to stay connected with each other throughout the race weekend.

Hendrick Motorsports, one of NASCAR’s top-tier teams, has a similar technology deal with NASCAR. As we previously detailed in our interview with Matthew Cochran, the 12 time Monster Energy Cup championship winning NASCAR team uses Microsoft technologies, such as Microsoft Teams, Windows 10, and more throughout the elite racing organization.