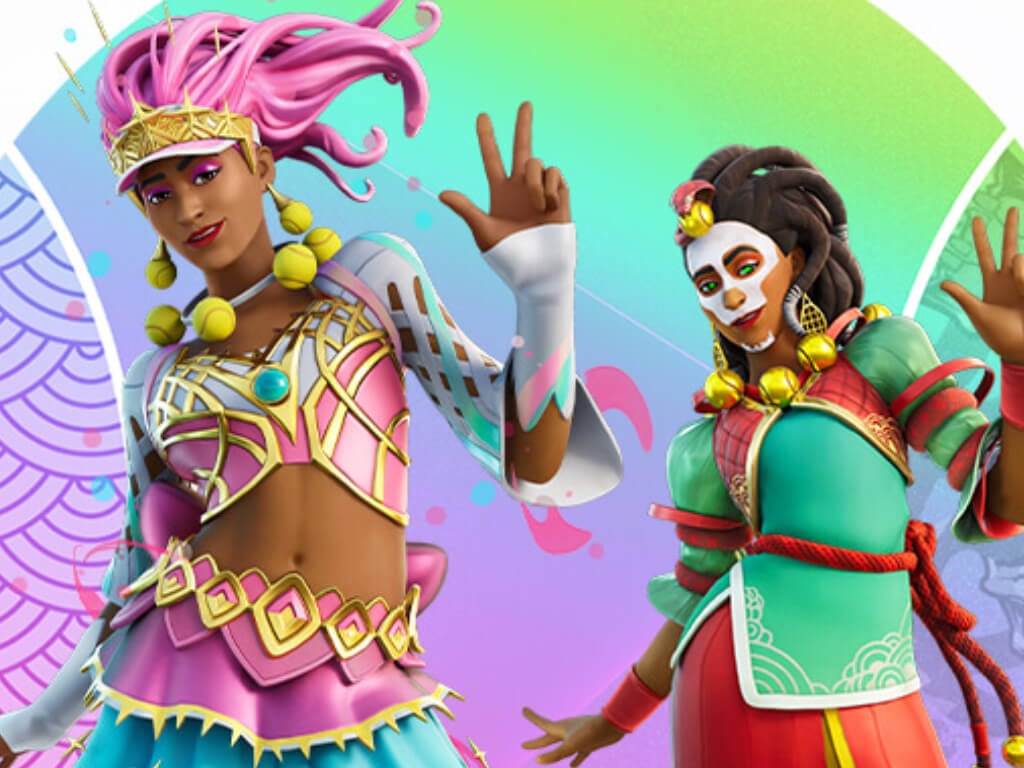 Popular Japanese tennis player, Naomi Osaka, will be making the leap to video games later this week on March 3rd when two official outfits inspired by her appearance launch on the mega-popular Fortnite video game on Xbox consoles, Windows PCs, and all other supported platforms.

The Naomi Osaka outfit boasts a cute pink royalty aesthetic and includes a free alternate style option that swaps out some of the colors and adds some blue tints to her hair.

The Royale Racket Pickaxe, also with a free bonus alternate style, comes with the Naomi Osaka outfit and also doubles as a back bling. The Queen's Cloudcarriage glider, seemingly inspired by Goku’s Nimbus cloud in the Dragon Ball franchise, is available separately.

Naomi Osaka’s other skin is called the Dark Priestess Naomi outfit. It features a free alternate style option and comes with the Portalforger Paddle pickaxe which doubles as a back bling. The Cursed Hazeboard Glider, available separately, is a green variant of the Queen's Cloudcarriage glider.

Naomi Osaka won’t be the first athlete to make an appearance in Fortnite. That position belongs to Brazilian football player, Neymar, who debuted in the battle royale game in early-2021. Osaka will, however, be the first real-world Japanese person to have skins inspired by her which is rather noteworthy.

Fortnite is currently in the first season of its third chapter of content. Chapter 3 Season 1 is currently slated to end around the middle of this month with Season 2 expected to begin around an hour or so afterwards.