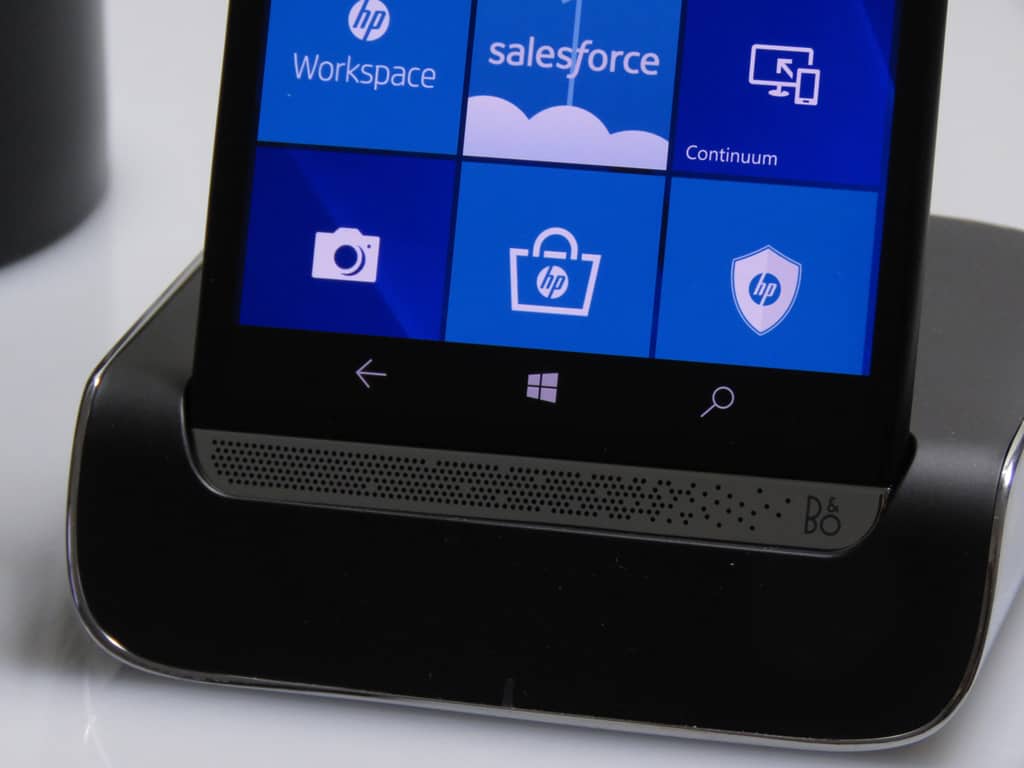 Earlier this week, HP announced several new accessories for its HP Elite x3 Windows phone at MWC, but no new Windows 10 Mobile handsets. However, our colleagues at PCWorld are reporting today that the company is currently displaying an Elite x3 lookalike on its MWC booth, though the mysterious handset has no label and is protected under a glass case (via Windows Central).

An HP spokesperon told PCWorld that "this is an example of how we see future iterations of the x3 platform,” but declined to share more details about the handset. According to the report though, there are some slight design differences between this unknown handset and the current HP Elite x3:

It's hard to get really excited for this prototype without having more technical details from HP, but the fact that the company is showing off this phone at MWC is definitely interesting. Since Microsoft scaled back its mobile efforts last year, HP has now become one of the very few companies still developing Windows 10 Mobile handsets, even though the first HP Elite x3 was not targeted at a mainstream audience.

It remains to be seen if the company will update its flagship handset this year, or if the release of a cheaper version could make sense to improve sales. Let us know in the comments what you would like to see from HP this year.