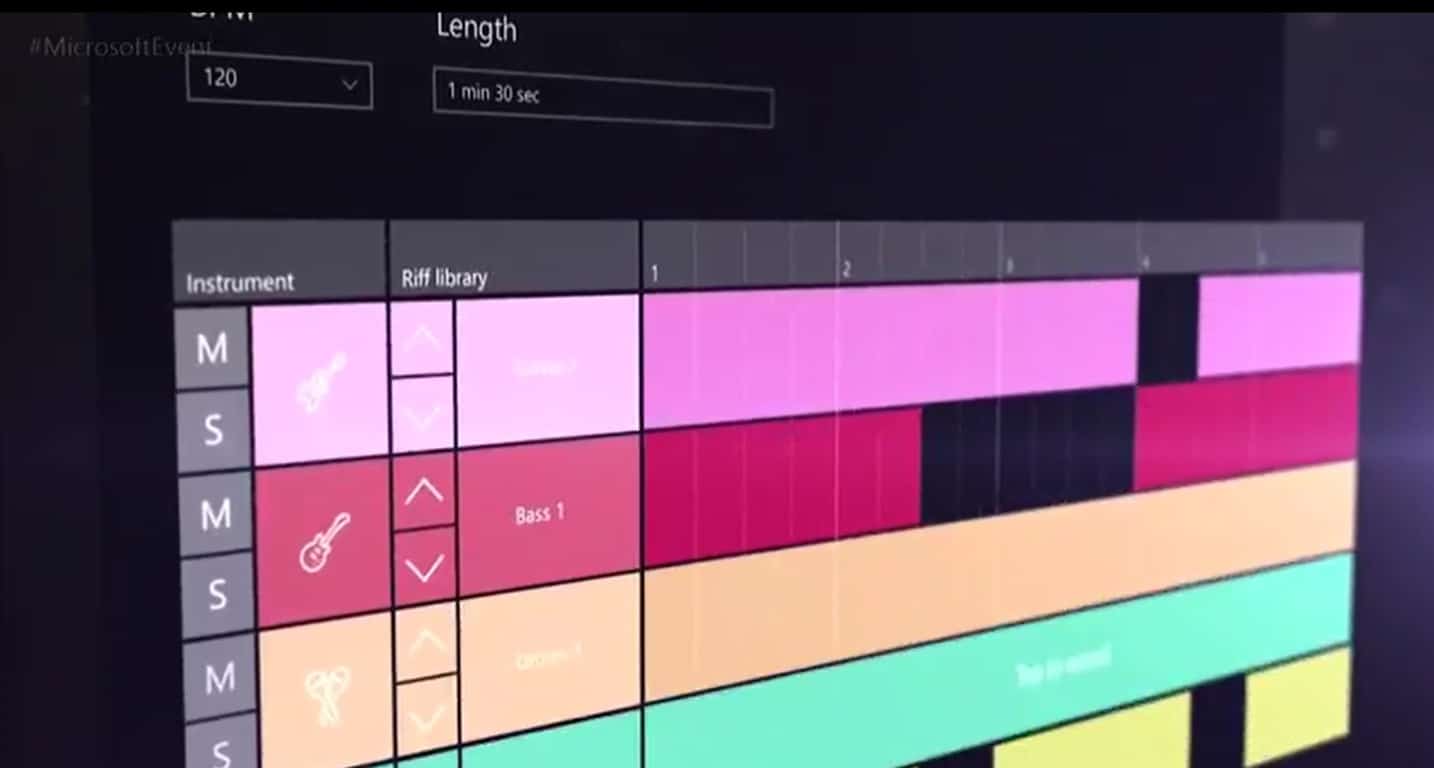 Microsoft had a lot to showcase this morning during what is becoming the company's annual Fall event. For starters, Microsoft showed its planned for democratizing 3D creation as well bringing Virtual Reality to the masses by way of a new Windows 10 updated aimed at and aptly titled the Creators Update.

During Microsoft's hour-long pitch for its Creators Update, the company made use of several sizzle reels and demo videos to extol the virtues of the upcoming release and embedded in one of the clips was something that should have a lot of music creators curious about the future of music editing in Windows 10.

Based on a three-second shot buried in a transitional video during the presentation lay clues to a new native Windows 10 music editing tool called Groove Music Maker.

Viewers get a quick glimpse at what looks to be Microsoft's foray into music creation software with a touch-first and possibly Universal WPlatformlatofrm built editing studio. Neither the presenters nor Ellen Kilborne of the Groove development group had anything to say about the app at this time, but it could be something enabled by the Creators Update and coming soon.

A visual recap of the October Windows 10 event