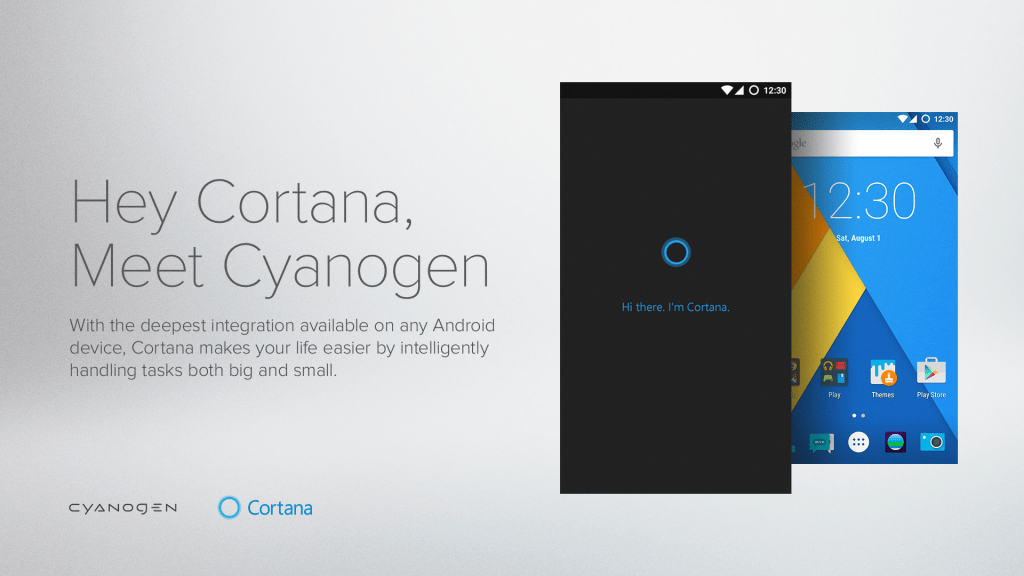 Mobile World Congress is where manufacturers usually announce new devices, but it also is a place for companies to announce or expand partnerships.  Today, Cyanogen, the developers of the Cyanogen OS, have announced  that they are expanding their existing partnership with Microsoft.

The expansion comes as a way for the company to change the way users, developers, OEMs, and MNOs build and interact with their mobile devices. It introduces a new platform which will bring and build Mods and intelligent, contextually aware and lightweight experiences  straight into mobile operating systems.

This expansion comes after Cyanogen announced deeper Cortana integration on their line of smartphones.

The new Mods mean that the functionality of devices will be extended. For example, a user could install the Skype mod into their dialer to add VoIP calling functionality, or install a Cortana assistant mod to power voice activated selfies.

“Our partnership with Cyanogen is part of our ambition to provide great digital experiences to customers across all of their devices, in all aspects of their lives...MOD reinvents productivity for Android users by giving them access to the power of Microsoft’s services in an engaging and modern way.”

Under the expanded partnership, and through the Cyanogen MOD Ready program, a number of new Mods will be available for several Microsoft products.  Mods for Microsoft HyperLapse, OneNote, and TrueCaller Mods all should be coming soon.