MSN Weather app now live on Xbox One for Preview users - OnMSFT.com Skip to content
We're hedging our bets! You can now follow OnMSFT.com on Mastadon or Tumblr! 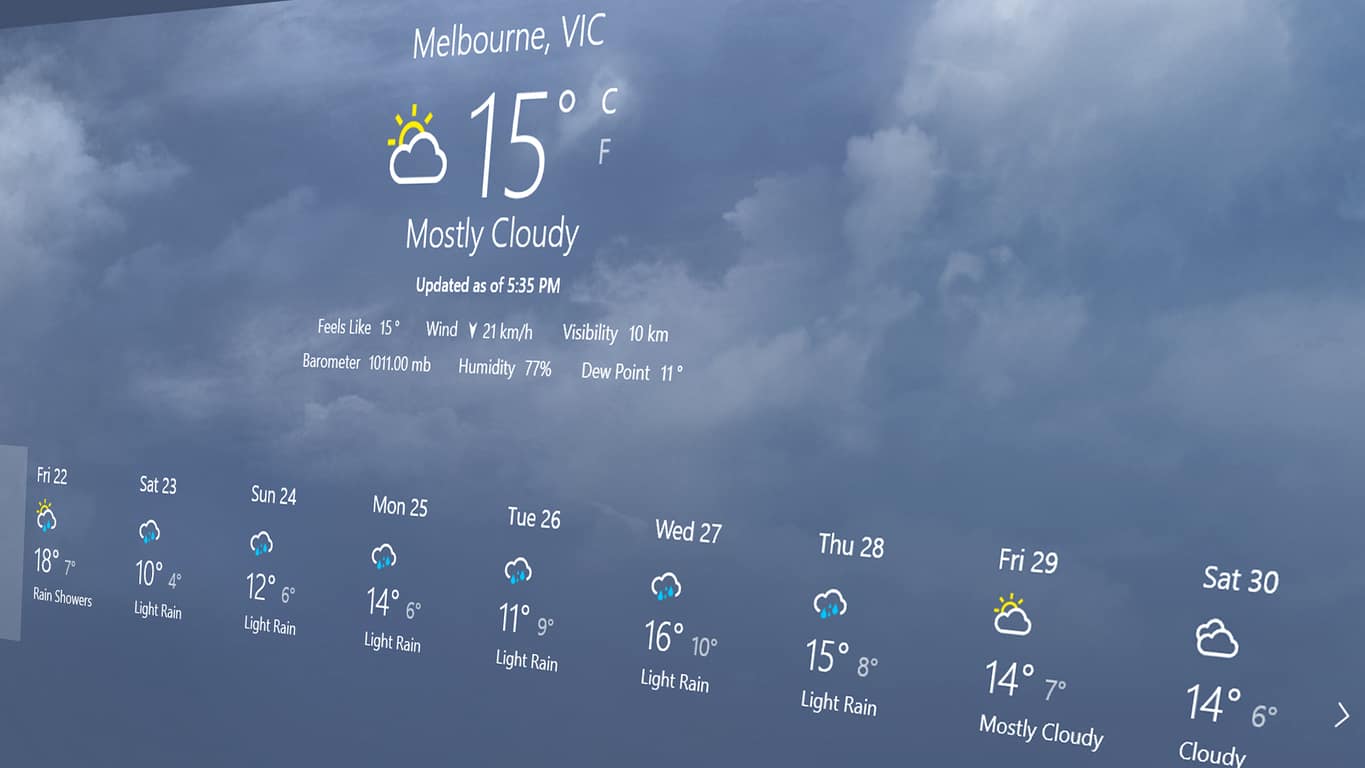 A few Xbox One Preview Program users saw signs of the MSN Weather app on their game consoles yesterday but it’s now officially launched and is available for download.

The MSN Weather app is one of many newly designed apps created in the Universal Windows Platform (UWP) app format that are being made available on the Xbox One. Apps have been available on the Xbox One console since it first launched but after the transition to the Windows 10-powered operating system a few months ago, the console gained the ability to run UWP apps and many developers have begun the process of converting their existing apps to the format or have started the creation of all-new apps.

UWP apps essentially allow developers to create one app that can be run on multiple devices. This concept cuts back on development costs and time as previously a company would have needed separate apps for PC, smartphone, console, and even Microsoft Band and HoloLens. The aim of this new app format is to increase the number of apps on devices that have been suffering from an app shortage such as Microsoft’s Windows phone.

While all updated Xbox One consoles currently have the ability to run UWP apps, none have launched publically yet. Microsoft is currently testing the apps with the small group of Xbox One users enrolled within the Xbox One Preview Program. This program allows for Microsoft to test future versions of operating systems, features, and apps before rolling them out to the general public. Feedback is often gathered from participants and features are changed based on the user experience. One example of this happening would be the testing of Cortana on the Xbox One. Microsoft initially replaced the origin “Xbox One” voice commands with “Hey, Cortana” but after negative feedback from Preview Program members, Microsoft allowed for both old and new voice commands to be used.

Are you looking forward to using more apps on your Xbox One? Let us know which ones you’d like to use in the comments below.