Despite the back-and-forth Firefox and the Windows team have been engaging in regarding default browser settings, parent companies Mozilla and Microsoft are looking to play nice for search settings.

Mozilla has famously chosen Google's search engine as its default search option for its users' thanks in large part to reoccurring lucrative deals signed between the two companies.

The most recent deal between Mozilla and Google came with an estimated $400 to $500 million per year agreement for Google to be the default search engine for the browser until 2023.

However, it seems Mozilla is perhaps looking for an alternative solution when the deal comes up for renegotiating in two years as the company test Microsoft's Bing search platform.

Ghacks is reporting that Firefox began setting Bing as the default search platform for 1% of its browser users back on September 6th, 2021. The A/B testing will continue until sometime in early 2022.

As Firefox continues to rail against the transparency in browser options and settings in Windows, the browser team has seemingly hidden participant-facing Bing testing information. Users interested to see if they are part of the 1% testing bed will need to visit about:studies in the Firefox address bar to see if they've been automatically enrolled. 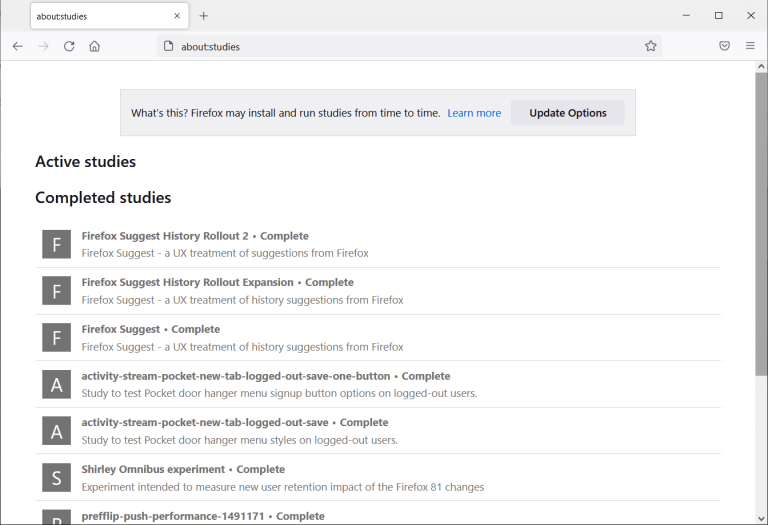 From the about:studies page, users can then revert their search options in the Firefox browser if they so choose.

Despite its very vocal following, Firefox remains a relatively niche options for browser users and as such, is undergoing a slow decline in revenue and adoption.

The deals with Google have become increasingly necessary for Firefox development.

With that being said, it's interesting that Mozilla is testing Bing integration as publicly as it is and as far out from its contract conclusion as it is. Perhaps, Mozilla is prepping for renegotiations with Google in 2023 or its previous workaround could be a precursor to an early alliance between Firefox and Windows.

A quick guide to Windows 11 accessibility