Mortal Kombat 11, the latest installment in the popular fighting video game series will be free to play on Xbox One this weekend, no Xbox Live Gold subscription required. Starting tomorrow, October 11 at 12:01 AM PDT through Monday, October 14 at 12:59 PDT, you’ll get access to pretty much the full game with all multiplayer modes (Xbox Live Gold subscription required), the first two chapters of the Story mode, as well as the full base roster of characters,

In the new Towers of Time mode, you’ll also be able to try the latest Mortal Kombat 11 Kombat Pack characters including The Terminator from the upcoming “Terminator: Dark Fate” movie. You can see it in action the trailer below

During this Free Play Days event, all versions of the game plus the Kombat Pack will also be 40% off on the Microsoft Store. With the 2015 episode Mortal Kombat X already available on Xbox Game Pass, there's a chance that the latest installment will also join the catalog at some point, but this probably won't happen anytime soon. 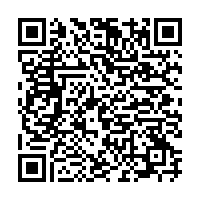 Windows 10 How To: check how fast your PC's processor can run