The Microsoft Store is hosting a rather hefty list of game promotions right now. More than 500 game titles and downloadable content are free this week, including AAA titles from Rockstar Games and Square Enix.

Here are this week’s Deals With Gold and Spotlight Sale offers including a publisher sale on titles from @RockstarGames and @SquareEnix plus an Extended Play Sale https://t.co/M5PGfkqkZC pic.twitter.com/SxVKmoLztD

Rockstar Games is taking half off most of their game titles. This puts the long-popular crime-focused action game Grand Theft Auto V to just $14.99 right now, and the crime thriller L.A. Noire is also on sale for just $19.99. The Ultimate Edition of Red Dead Redemption 2 can also be owned for only $49.99—less than the non-sale $59.99 price of the standard game, which is also on sale for $34.99 (40% off). Square Enix is also running a publisher sale of its own. The 20th anniversary edition of Rise of the Tomb Raider is just $8.99, well below its initial list price of $59.99. The first season of Life is Strange 2 is also just $26.79 (33% off) this week, and those just getting into the franchise can purchase the first season for only $3.99. Another title that might deserve a link is Just Cause 4—which is 67% off right now—making the Standard, Deluxe, and Gold editions of the game just $19.79, $23.09,  and $29.69 respectively. 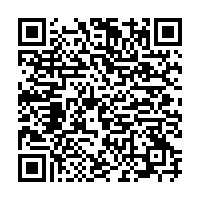 And of course, Microsoft hasn't forgotten its Xbox Live Gold members, either. A couple interesting titles that are on sale exclusively for subscribers include Crash Team Racing Nitro-Fueled which is taking a $10 discount down to $29.99, and well as Marvel vs Capcom: Infinite, which is available for just $13.19 right now (67% off). And if you've already got a rather hefty collection of games and just looking to spice them up, the Microsoft Store is also hosting an "Extended Play" sale. DLC from many popular titles including Battlefield 4, Surviving Mars, and The Sims 4 for up to 75% off.

Which game(s) are you interesting in right now? Any particular titles you think should get a price cut? Feel free to share your thoughts in the comments area below.