A couple of days ago, word was spreading that a new version of Windows 10 Continuum could possibly be enhanced by CShell. As an addition to this news, the folks over at Aggiornamenti Lumia have recently managed to get hands on with the leaked version of CShell, showing off some new screenshots of CShell running on their Lumia 950 XL Windows Phone.

Specifically, Aggiornamenti Lumia shows off a couple of areas not covered in the original reports: The Start Screen, Notification Center, Settings, and Keyboard.

To begin we will point out the changes to Start, which is obviously the most important since it is a key part of Windows Phone. With this version of CShell running on Windows phone, the start page gains a couple of enhancements. For one, there are options to resize a live tile, or turn it on or off just like you can on Windows 10 PC. Other new options include a “Large” dimension for Live Tiles, and the ability to uninstall an app directly from the Start page. 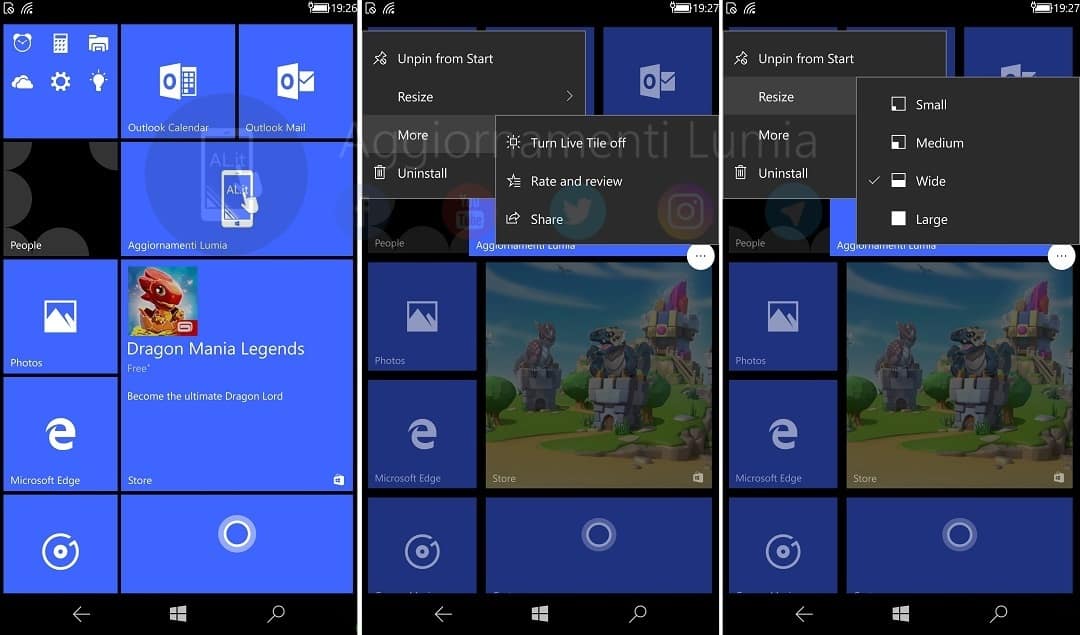 Of course, also new with “CShell” running on Windows phone is the landscape mode for the home screen, task view, and list of applications, though, from the screenshot, it would appear that it’s very limited at the moment. 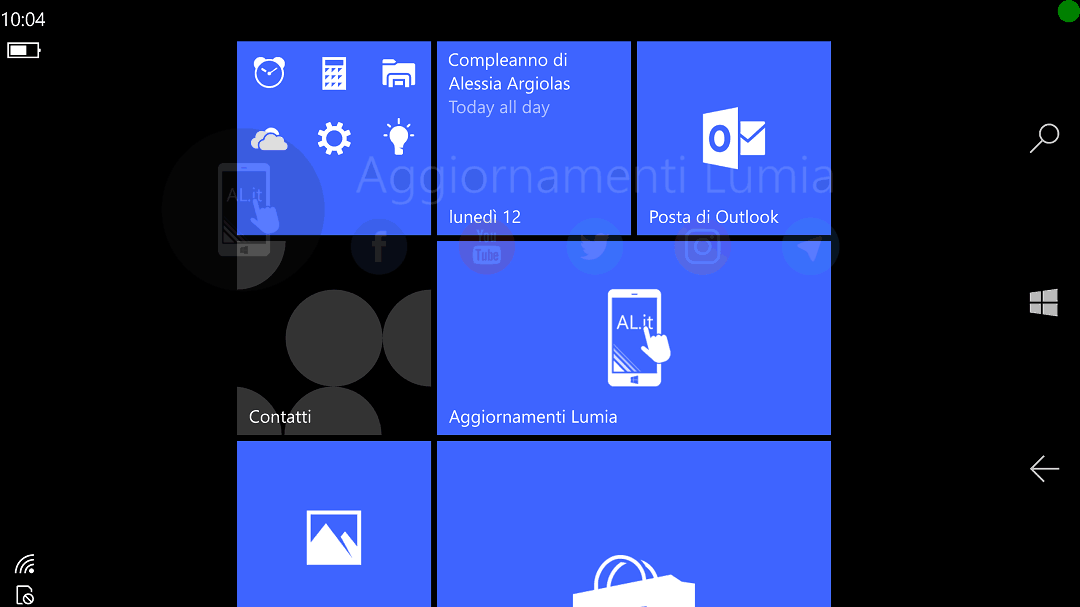 Next up are the changes to Notification Center in CShell on Windows phone. Again, the notification center now is similar to PC, which is a common theme with CShell. Quick action buttons have been moved from the top to the bottom, and there appears to be a new layout for the way which some notifications appear. 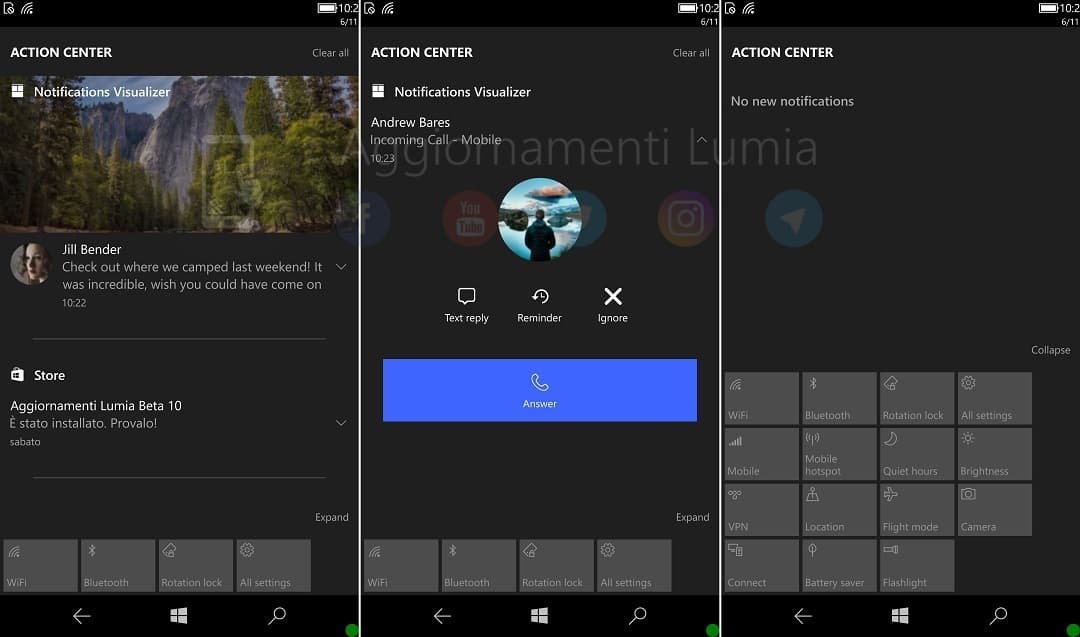 With settings in CShell running on Windows phone, there appear to be a few new items, which do not still work. According to Aggiornamenti Lumia, there are some new video advice options, which “could help users in knowing the features that may not have come across before.”

Lastly, the keyboard in CShell running on Windows phone sees several enhancements. For one, the graphics have been updated, as well as the swipe functionality.Emoticons also show up much more clean and fluent, and judging from their screenshot below, everything seems crisp. 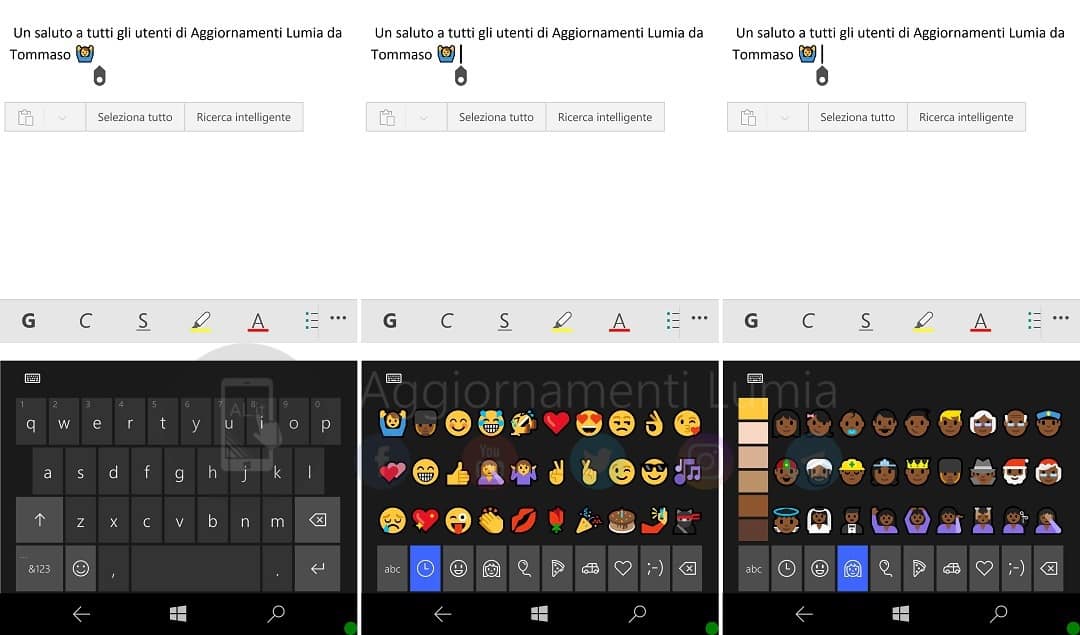 At the end of the day, these enhancements with CShell running on Windows phone are all very pleasing to fans who are used to the platform. It still, however, remains unclear if these features will ever see the light of day, or make its way to the general public outside the internal development of the Redmond giant.