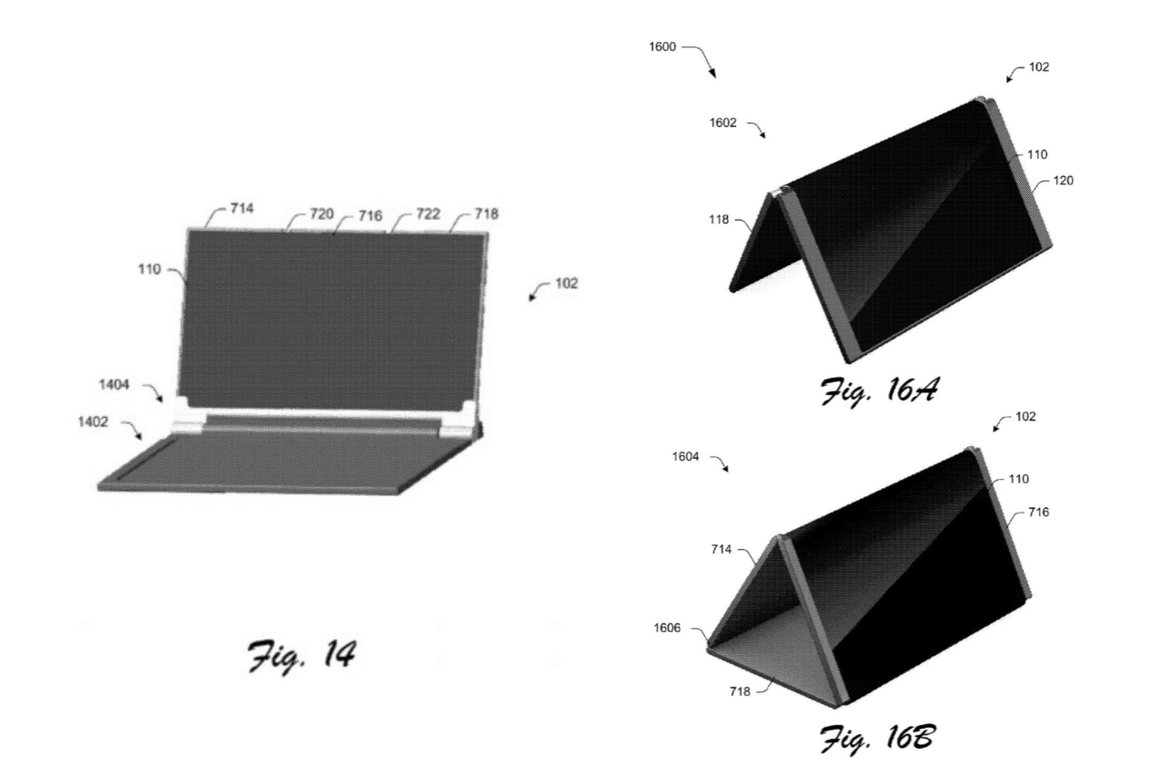 Despite the obvious failure of Windows Phone, it would be quite foolish to think that Microsoft has completely given up on the idea of having Windows running on mobile devices. We already know that the Windows 10 Composable Shell (aka CShell) is a thing, so we know that work has been done to make the Windows 10 shell adaptable to new form factors.

Additionally, several patents revealed that Microsoft is really interested in foldable mobile devices. It has been recently reported that Andromeda is the codename for these new software and hardware efforts, and we learned last week that Microsoft is apparently already in the prototyping phase.

Today, Microsoft watcher Brad Sams shared interesting new details about what could be this mysterious Andromeda device. And according to what he has heard recently, this new mobile device could be much more ambitious than what we thought. In addition to work being done on optimizing UWP apps for dual-screen foldable displays, HoloLens inventor Alex Kipman could also be involved in the development of the project:

Here is what I have heard is that Microsoft is working on a dual-panel small-form-factor hardware that has a foldable display; there is a patent that Microsoft recently received that may depict the hardware (much like how the Surface Studio patent was representative of the shipping hardware).

Further, Microsoft is working on optimizing its apps for a dual-screen setup as I have heard from several sources inside the company saying that dual-panel UWP apps are now being quietly developed. Pen input will play an important part of the experience but it goes beyond OneNote to include Mail, Calendar, and other apps too.

When it comes to the display, word on the street is that Alex Kipman is said to be helping out with the hardware which also makes me wonder if this will have an AR/VR component as well to it.

Take this latest bit with a grain of salt for now. "One rumor that I have heard but have not been able to confirm is that Microsoft wants to build a holographic display to be able to show holograms," explained Sams. "This may be why Kipman is working on the hardware but this is still pending on if I can find others to verify if this is moving forward."

It's the first time that we heard something about Microsoft exploring how holograms could be used on mobile devices, and it would be amazing if Microsoft could pull it off. However, creating a new type of mobile device with a foldable display and powered by Windows 10 is already quite a challenge, if we're being honest. Actually, even having full Windows 10 running on ARM chips is still quite amazing in itself, though this is expected to become a reality before the end of the year. Obviously, this will be a very important step on the rocky road to Andromeda.