More changes coming to the Xbox dashboard UI in 2023...but you may not like them - OnMSFT.com Skip to content
We're hedging our bets! You can now follow OnMSFT.com on Mastadon or Tumblr! 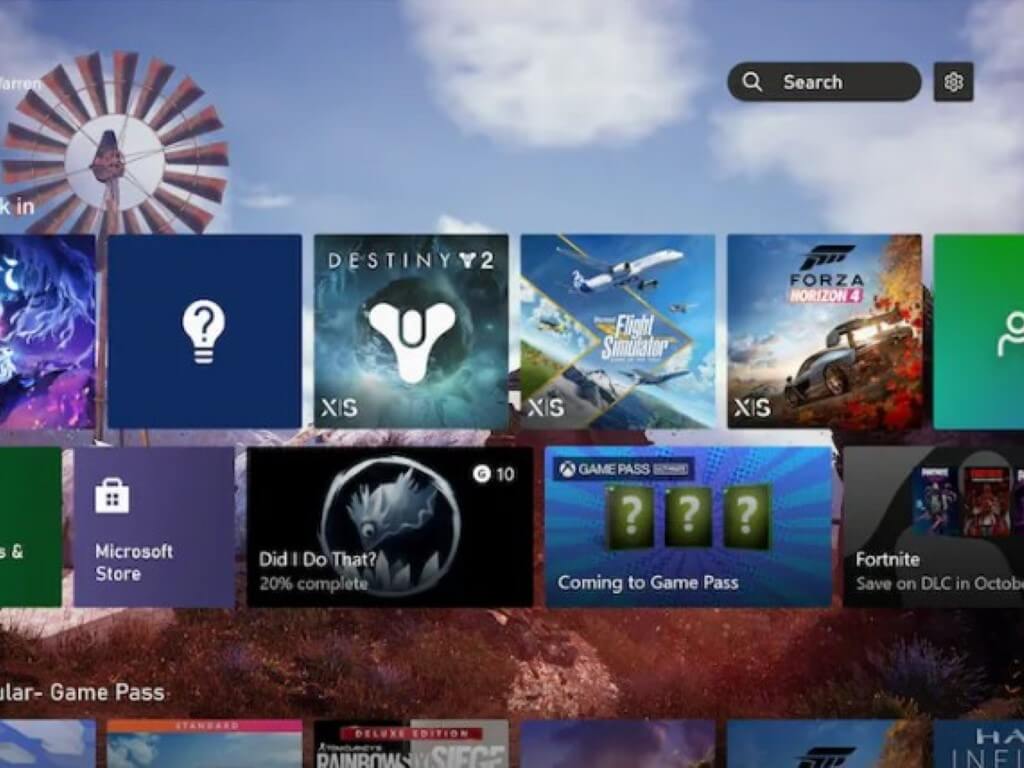 Microsoft has been rolling out improvements to the Xbox OS throughout the year. And this push to bring a better Xbox user experience will continue into 2023, with a new home UI in the works. The new dashboard design, which is now available to those in the Xbox Insider Program's Alpha Skip Ahead Ring, was hinted at back in September.

Below you can see a preview of the new UI coming to Xbox in 2023, courtesy of Tom Warren from The Verge.

From what we can tell at this early point, it appears as though the dashboard will be losing many of its customization options. This seems like an odd choice on the part of the designers, when users have been asking for more in the way of user customization features.

Scrolling down, it becomes apparent that the new dashboard is essentially another storefront, with sections for "Recently Added" Game Pass games and the like. For all intents and purposes, these serve as ad space, encouraging you to download more games and content.

Again, this seems to fly in the face of what Xbox gamers have most asked for in feedback—less ad space and a more minimalist design in which dynamic backgrounds take center stage.

The new features that have been added to the Xbox OS in 2022 should not be overlooked. Among them are Discord integration and a newly revamped DVR app. But with the new UI coming in 2023, many users may find something less than they were hoping for. The silver lining here is that Microsoft still has plenty of time to make changes. There is also plenty of time for the Xbox community to give feedback. Whether anyone will listen to it may be another matter.