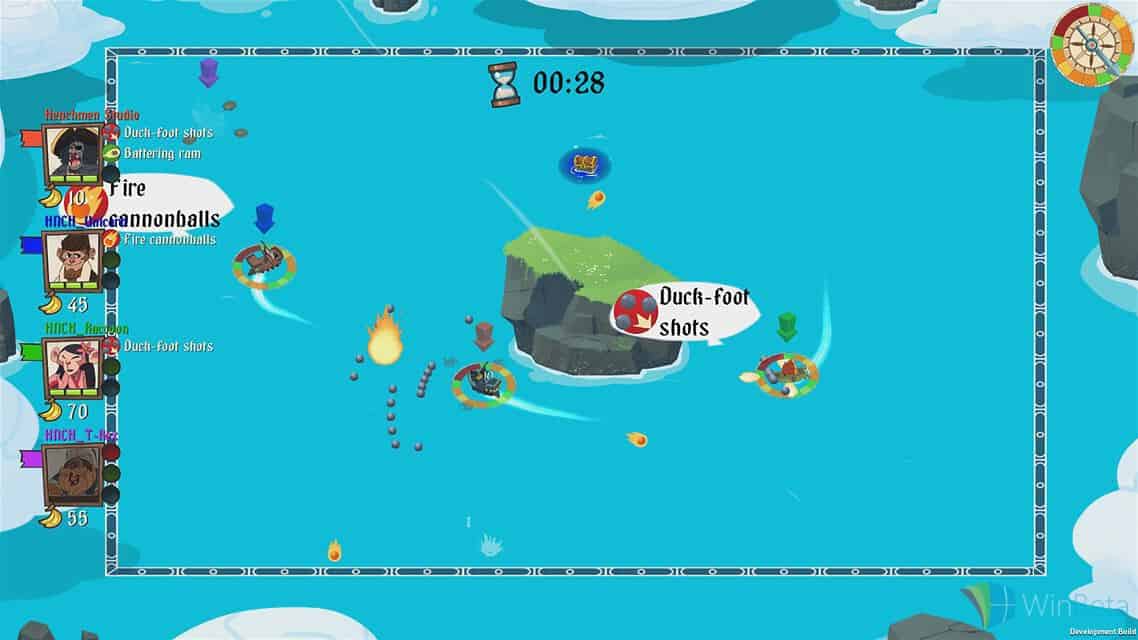 Another small video game has just launched on Microsoft’s Xbox One, Monkey Pirates. This colorful action game places the player in control of a pirate ship which is viewed from a top-down perspective and kind of resembles a board game. The level design changes depending on the location each one is set in so expect lots of ice and snow in the Arctic levels and tropical pirate locales in the Caribbean ones.
Here’s the official description:

In Monkey Pirates you control the boat of one of the four Monkey Captains and you fight regarding different game modes over multiples arenas based on four seas environments (Artic, Caribbean, Egypt and China). In those arenas you'll find multiples bonuses in order to either, improve your weaponry, improve your ship, or some special bonuses for a special effect. You will also have to deal special elements such as icebergs, volcanoes, teleports, maelstroms and shooting turrets. Do you think you have what it takes to become a true Monkey Pirate?

Are you enjoying these smaller Xbox One titles or are you more into the bigger games such as Rise of the Tomb Raider which recently went up for digital pre-order? Let us know in the comments below.
Buy Monkey Pirates on Xbox One