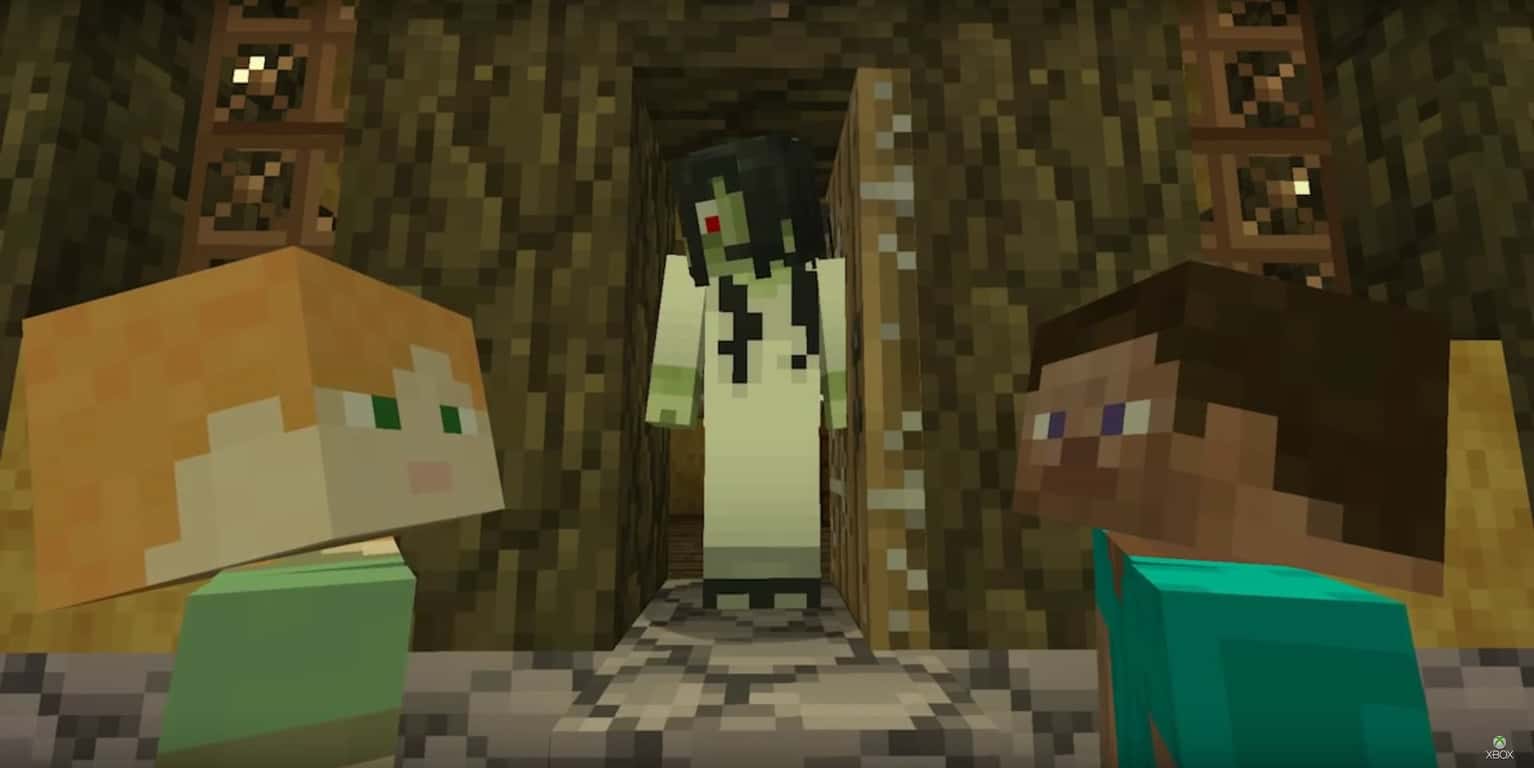 Microsoft’s Mojang keeps finding new ways to bolster their surviving and exploration video game Minecraft. This time, they didn’t even have to release a patch. Released in June for UK, the Minecraft booked aptly titled The Survivors’ Book of Secrets is finally out now in the United States. 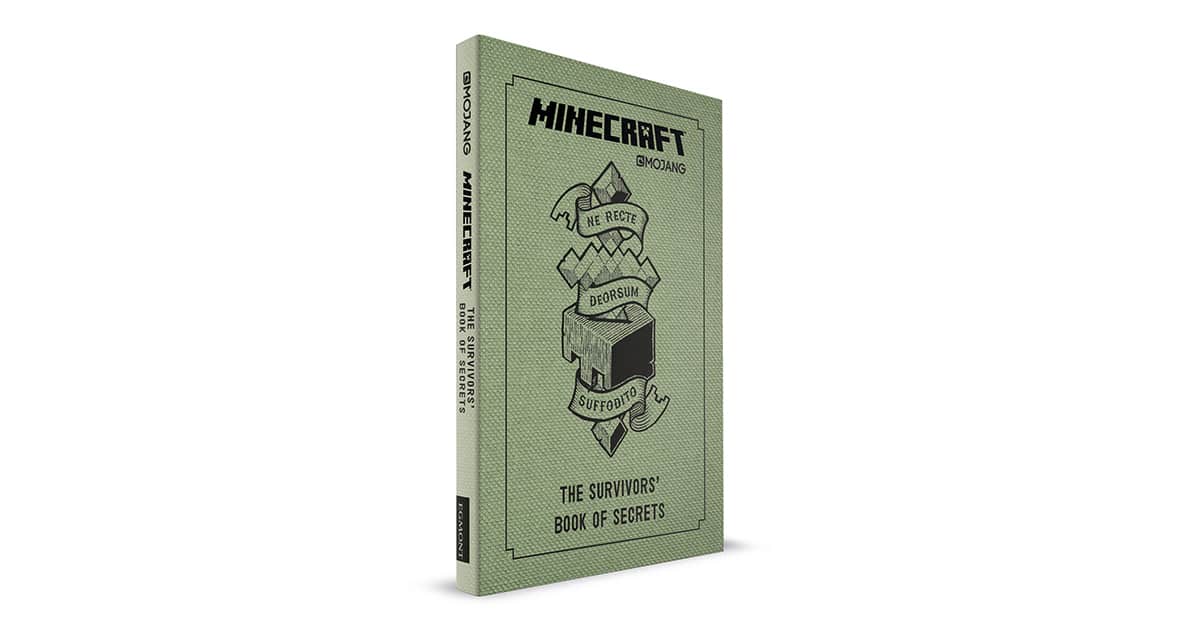 Inspired by the World War II era manuals similarly written for survival, the Mojang team is rather proud of the book’s cover and appearance. “So tactile! So durable!” they chimed out in their announcement post.

The official description on the product page is a delight to read on its own:

An all-new official Minecraft™ guidebook full of tips to fend off mobs and withstand the wild!

This official Minecraft™ book contains the collective knowledge of the Survivors: an underground group of Minecraft™ experts who have been around since the days of Alpha.

You’re probably wondering why you’ve never heard of us. It’s because we’re THAT good. We’re experts at covert ops. Misdirection is our middle name. We’re invisible up until the exact moment we want you to see us. . . . Our successes are undeniably impressive: we’ve battled the Overworld mobs, dealt with enemy factions, and defeated the ender dragon multiple times.

Study this book carefully and you just might manage to stay alive as long as we have. 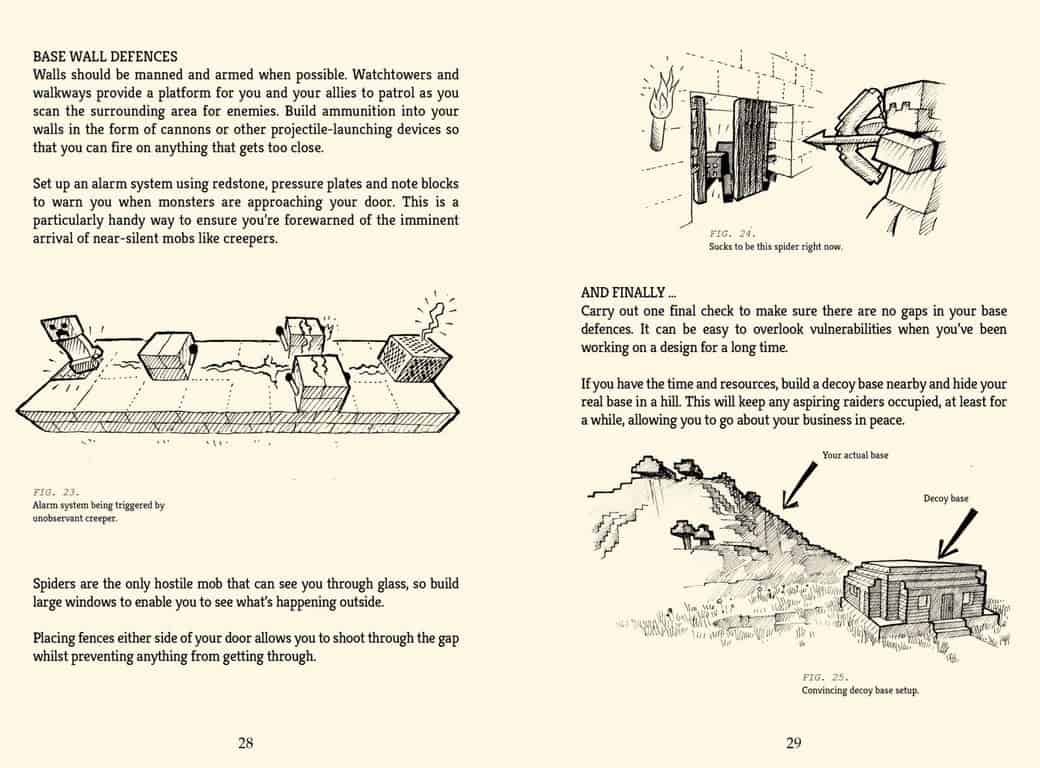 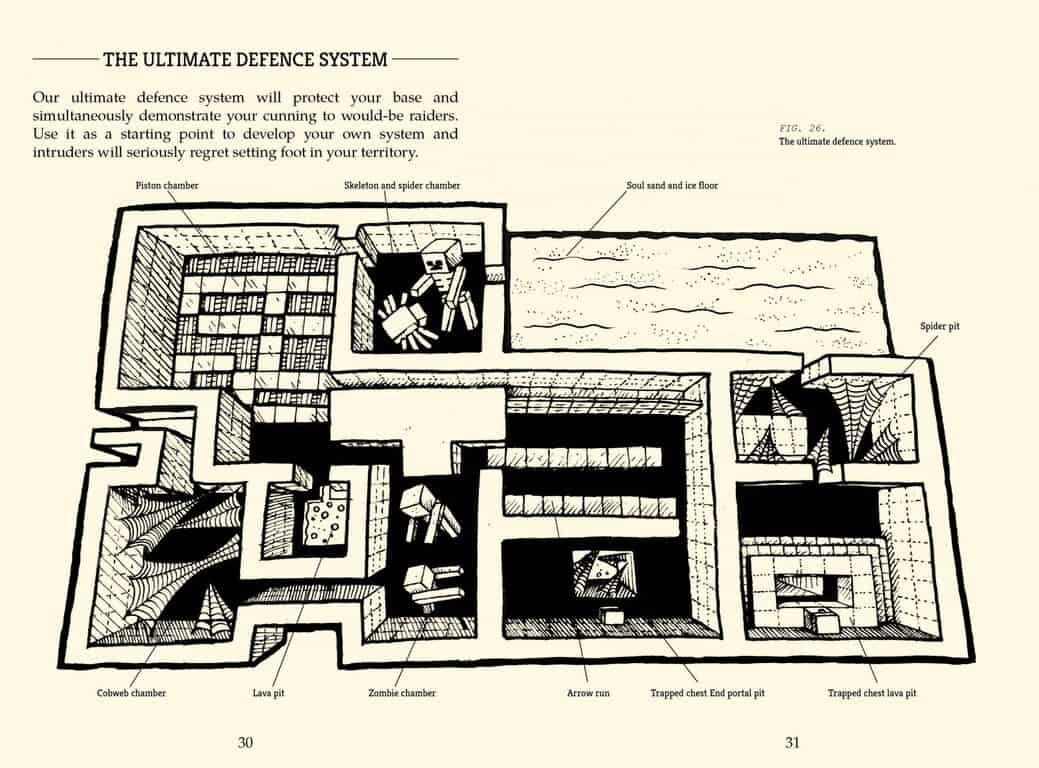 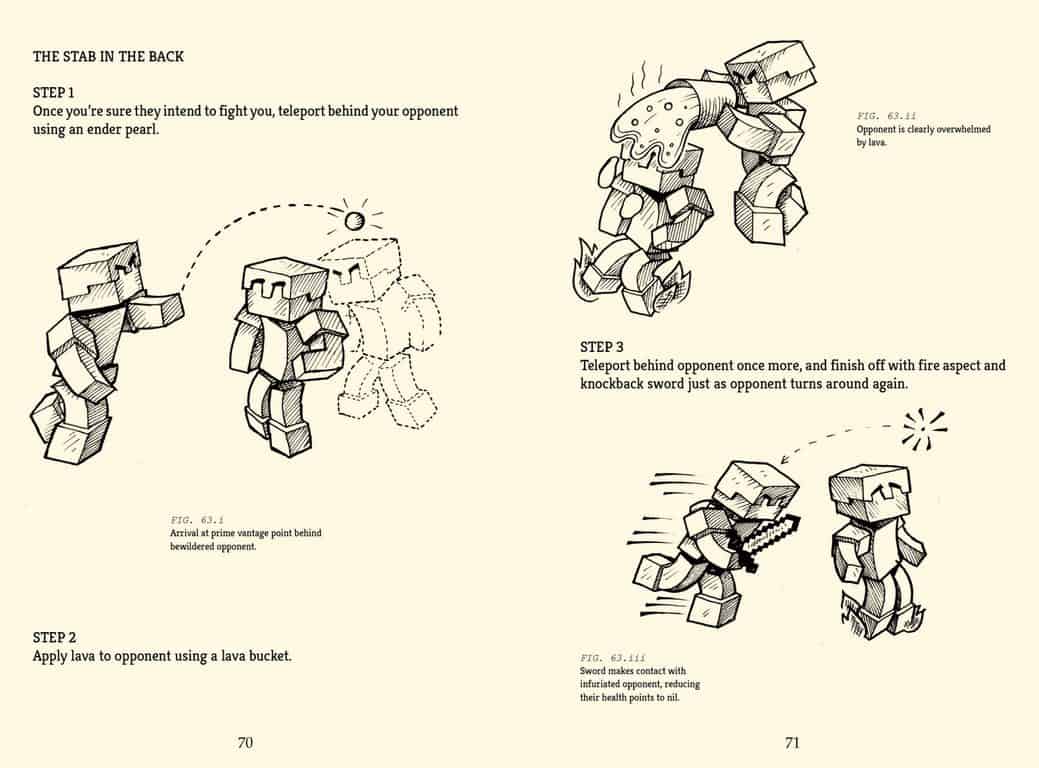 Fans will keep turning pages through the handy tips and tricks of surviving hordes of zombies, building and storming fortress assaults, and make the world of Minecraft their own with as little as possible.

This isn’t the first book that Mojang has put out. Other literary works include the Minecraft Blockopedia and a various handful of Combat, Redstone, and Construction Handbooks that are all still currently for sale across many major retailers.

Only few can become the elite and with these invaluable tomes at your side, you’re prepared for almost any situation that comes your way. Almost.