Minecraft might be the best-selling Windows PC game of all time. Based off the Minecraft stats page, as I write this, 22,062,275 people bought the game since its 2009 inception, and 14,702 bought the game in the last 24 hours. Swedish programmer Markus "Notch" Persson originally created the game and it was later developed and published by Mojang, which was then bought by Microsoft in 2014 for 2.5 billion.

Beginning in 2011, Minecraft was released to Android, iOS, before making the leap to Xbox 360 in 2012 and other consoles in 2013. In 2014, Minecraft launched on Xbox One, PlayStation 4, and Windows Phone 8.1 finally got its own version. Minecraft is now available as a Universal app to play on all your Windows 10 devices. Minecraft's Windows PC version is revered for its ability to create third-party mods, adding user-created items and elements to the game.

The 22 million games sold equates to approximately $440 million (and counting), and that does not include the amount made from other versions on Xbox One, Xbox 360, etc. Multiple game modes are available; survival, creative, adventure, and a newly-minted story mode. Minecraft is free to try and just $9.99 to buy on Windows 10. 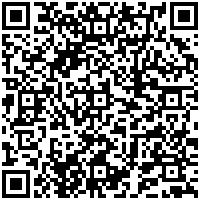