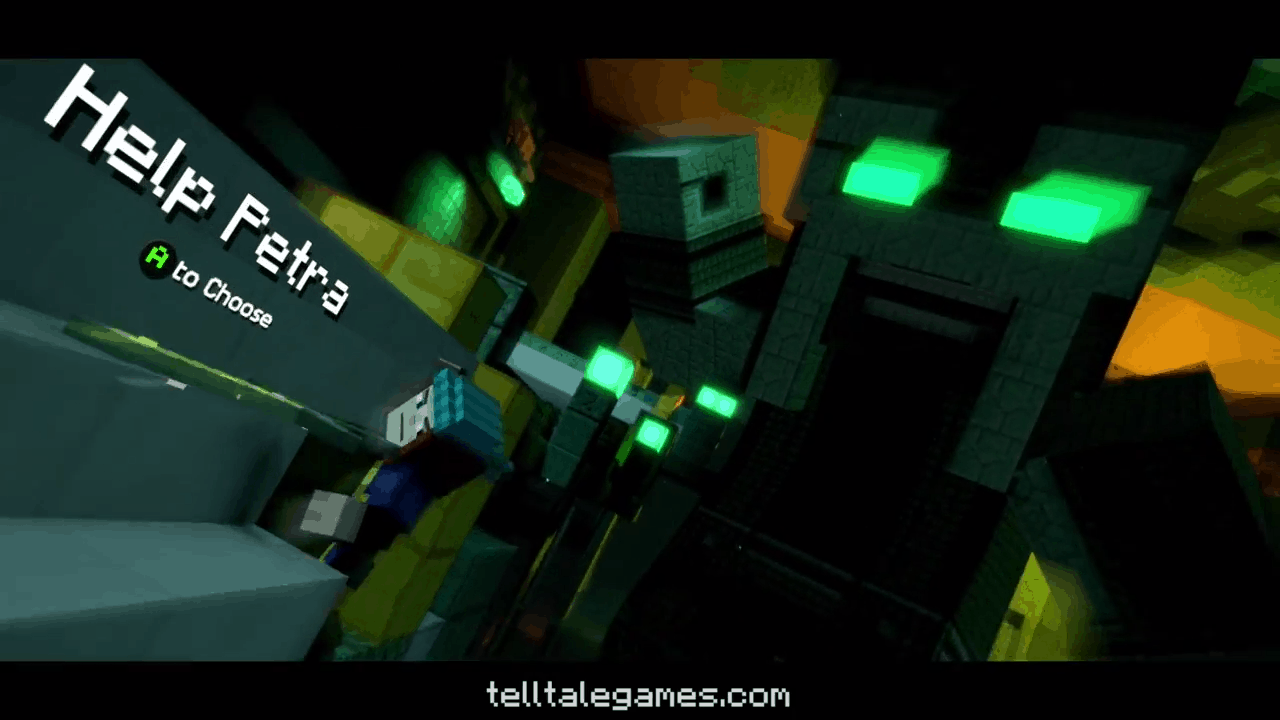 Fans will soon be jumping down the rabbit hole with Telltale Games' next iteration, Minecraft: Story Mode - Season Two. The blocky story-driven game of choices is set to launch next Tuesday, July 11. Today, Mojang and Telltale released their launch trailer to hype up the release.

Furthermore, the title will be premiered live at RTX Austin this weekend. On Sunday, July 9 at 10 a.m. CT, Minecraft: Story Mode - Season Two will be center stage with Rooster Teeth's Jon Risinger driving through the full first episode. With crowd play, even those watching live will get to join in the fun by making choices for the demo. The event, of course, will be available via livestream.

Mojang also did a post introducing some of the main characters you'll meet throughout the game. Jesse and Petra from the first game will join new faces such as Jack the "once-legendary adventurer", Radar as Jesse's intern, and Stella and Lluna from Champion City. Yes, that reference isn't lost on us.

Minecraft; Story Mode - Season Two is already available for pre-order with a 10% discount. It will be available to play on July 11th for Xbox 360, Xbox One, and Windows 10 PC.