To put it simple, the Windows Phone 8 version was out of date. Microsoft issued a statement regarding the cease of support stating that every “platform has different needs” and that they wanted to put a priority on bringing all the features of Minecraft to “as many players as possible”.

One of the reasons that Mojang and Microsoft seem to have changed over the version is the feature parity that they’ve been advocating for so long. Achievements and Realms are now available in the mobile version, along with many other added texture packs, add-ons, Xbox controller support, and more. The game will be recieving the exact updates as the Windows 10 version, according to Executive Producer Jesse Merriam. It might even get Continuum support eventually, but for now, the team hasn’t “announced anything yet.”

Even better, anyone that had purchased the Windows Phone 8 version of Minecraft Pocket Edition will upgrade to the new version for free on their Windows 10 Mobile phone. It has been confirmed multiple times that the older Minecraft will remain on the store for now, but will no longer get any updates moving forward. So you can still play if you haven’t upgraded your Windows Phone yet.

Now if only Xbox One could play on Realms too!

If you don’t own Minecraft yet, this version has the same exact $6.99 price tag as the former. Check it out in the Windows Store with the link below. 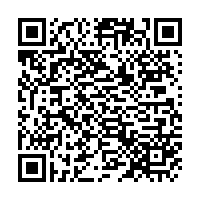