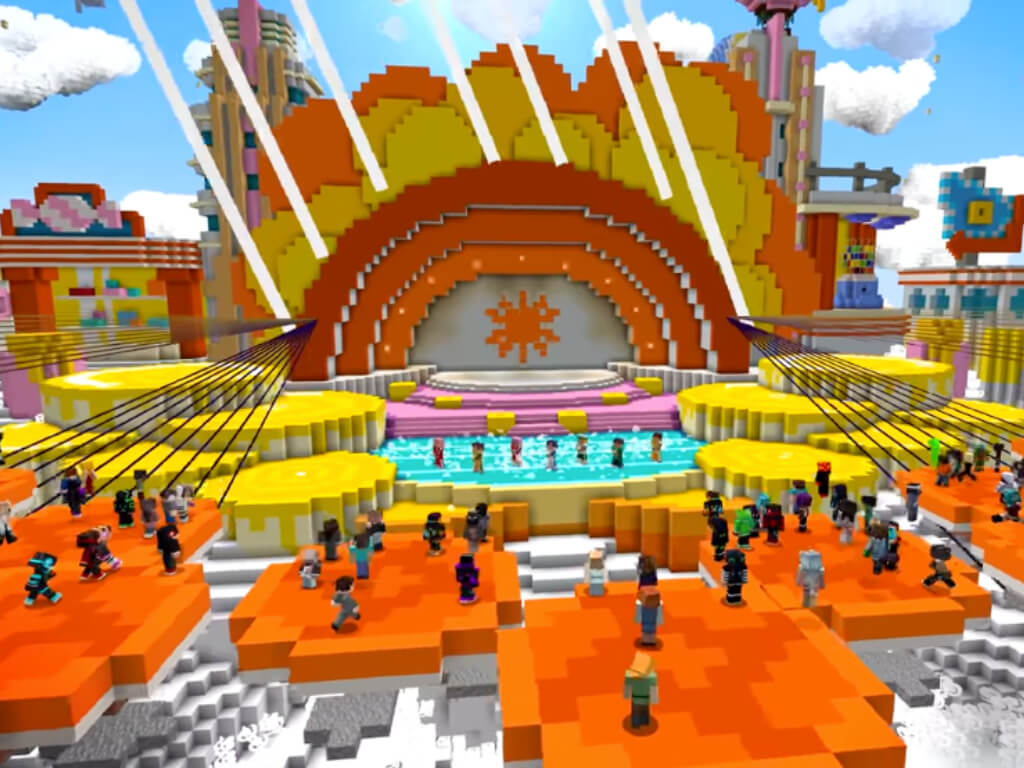 Minecraft, one of the most popular video games of all time, is doing pretty good at the Metaverse thing. Yesterday, the popular K-pop band BTS performed the first-ever surprise performance in the sandbox game, with an impressive stage featuring each band member with a blocky avatar.

If you're not familiar with BTS, it's one of the rare Korean boy bands that managed to get mainstream recognition in western countries. Just like Minecraft, BTS appeals to a wide teenage audience, so this live concert in Minecraft is a pretty good combo.

This first-ever Minecraft concert was the conclusion of YouTube’s ESCAPE2021, an interactive livestream that replaced the platform’s usual Rewind video offering a yearly roundup of the biggest YouTube trends. Minecraft itself remains a huge phenomenon on YouTube, with developer Mojang Studios announcing earlier this week that the game had just crossed 1 trillion views on the platform.

Minecraft, Fortnite, and other games are doing interesting experiments with the Metaverse, though Epic Games’ platform probably gets the most attention these days. Fortnite has the advantage of being entirely free-to-play, and Epic's incredibly popular Unreal Engine is probably better-suited to offer more immersive experiences to both hardcore and casual gamers.