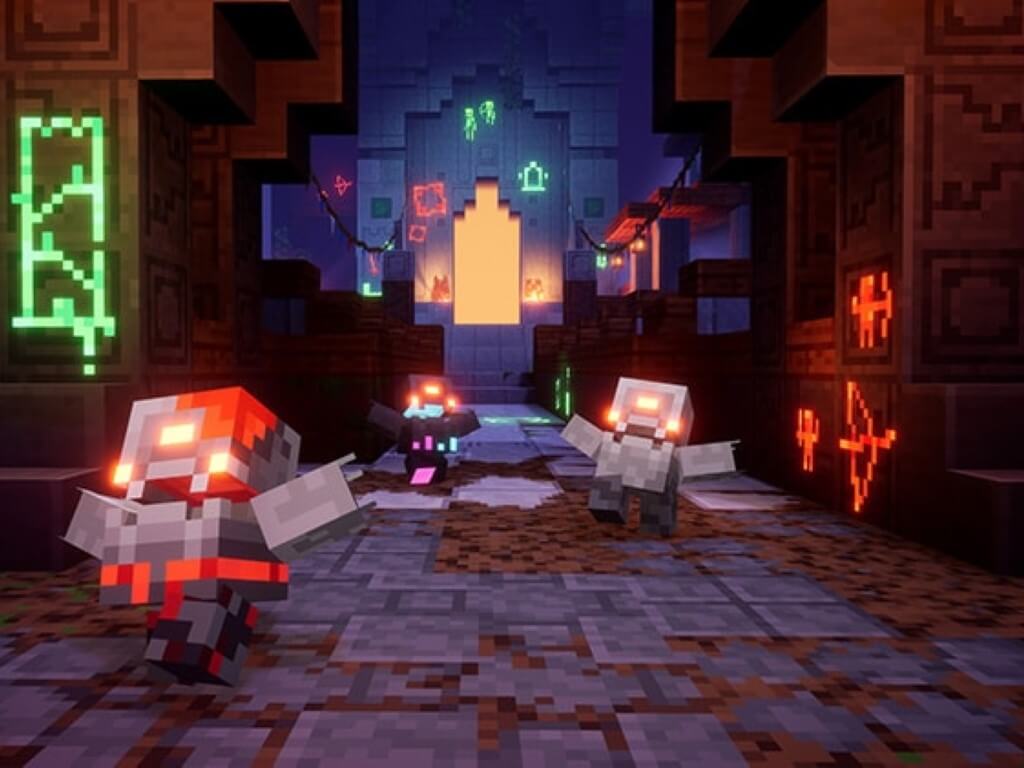 Mojang Studios has announced that Minecraft Dungeons, the dungeon-crawler spinoff of the best-selling videogame of all time, will get its second seasonal adventure in an upcoming April 20 update. Titled "Luminous Night," the new Adventure is the follow-up to the Cloudy Climbs Seasonal Adventure, and seems to be themed around the light vs dark motif...with a bit of fire thrown into the mix.

The new Adventure will allow players to "Explore the Tower by night, full of new, fresh floors that include everything from mysterious murals and perplexing puzzles to the wildfire." This latter is a new, fire-based enemy that sounds like it just might be a tad more dangerous than your standard, run-of-the-mill mobs. Luminous Night also promises new rewards in the form of "skins, capes, emotes, and flairs." New pets the Abomination and the Monstrosity will also be added to the game.

At this point, there is no word in whether Luminous Night will be a time-sensitive event. Minecraft Dungeons is available on Windows, Xbox One, Xbox Series X/S, Nintendo Switch, PS4, and even arcade.