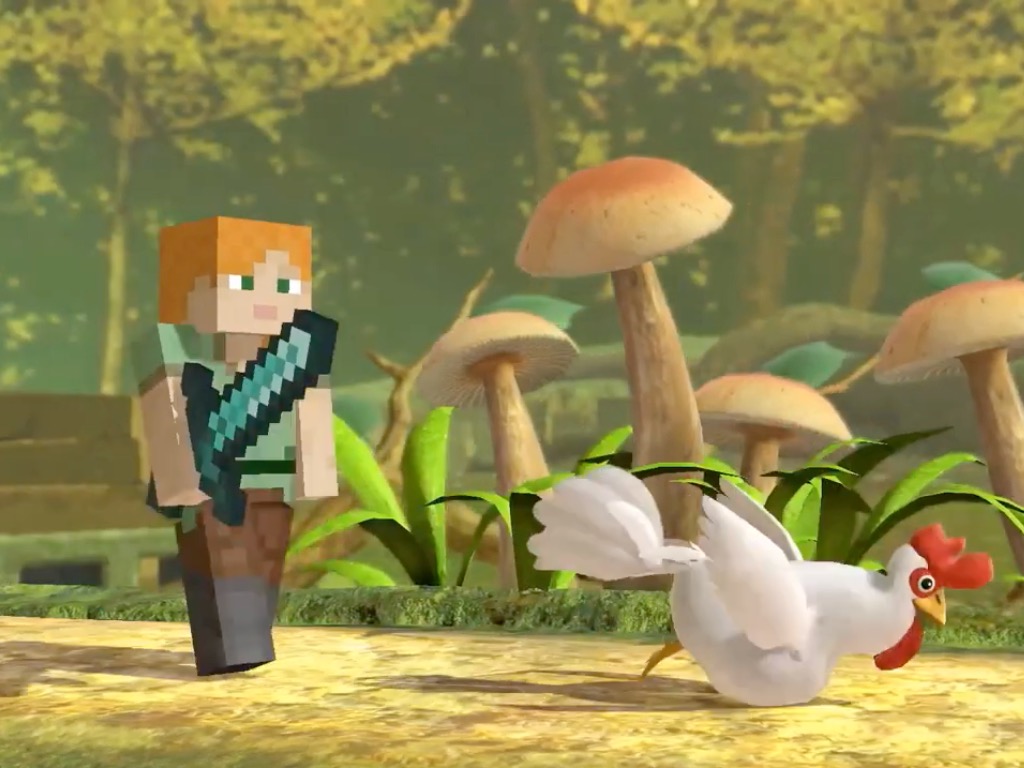 Minecraft developer Mojang announced a surprise Minecraft x Super Smash Bros crossover this morning, which will be available in the future update for the Nintendo Switch game Super Smash Bros. Ultimate. A Challenger Pack for the crossover fighting game will add a couple of Minecraft characters including Alex, Steve, the zombie, and the Enderman, which will join many popular video games characters including Mario, Kirby, Pac-Man, Mega Man, or Ryu.

“Bringing Minecraft to Super Smash Bros. Ultimate is the result of an amazing collaboration with Nintendo. As fans of the series and avid players at our studios, we couldn’t be more excited to see Minecraft join Smash’s already legendary lineup of characters,” said Chief Creative Officer Jens ‘Jeb’ Bergström.

Steve and Alex from @Minecraft are joining the #SmashBrosUltimate roster! Get ready to mine and craft your victories on the battlefield! pic.twitter.com/CtBNfENjEE

The news of Minecraft characters coming to Super Smash Bros Ultimate will follow the previous addition of Banjo and Kazooie from Rare's Banjo-Kazooie series to the popular crossover fighting game. To learn more about this upcoming crossover, you're invited to tune in to "Mr. Sakurai Presents Steve and Alex" this Saturday at 7:30 AM PT, which will be followed by the Minecraft Live, event at 8:30 AM PT.

Yakuza 0, Yakuza Kiwami 1 and 2 are free to play with Xbox Live Gold this weekend