Minecraft and The American Battlefield Trust team up for The Battle of Vicksburg - OnMSFT.com Skip to content
We're hedging our bets! You can now follow OnMSFT.com on Mastadon or Tumblr! 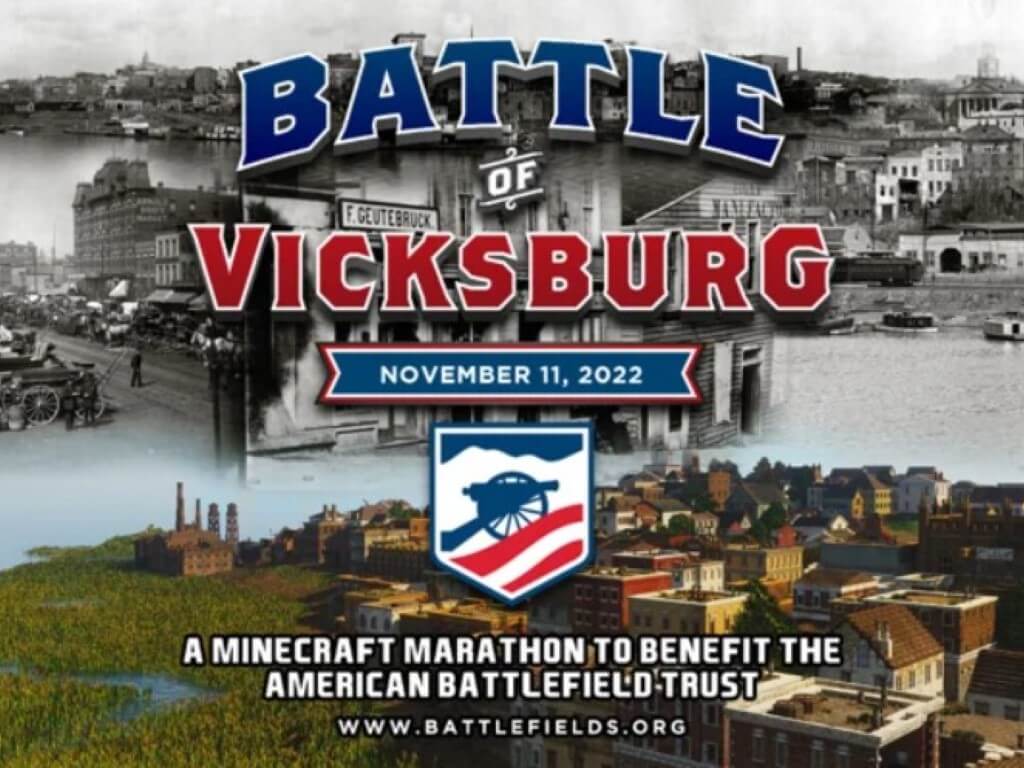 Historians and Minecraft builders have come together to bring you the week-long Battle of Vicksburg event, starting Friday, November 11th. And it will all be for a good cause: to help the American Battlefield Trust protect historic battlegrounds and educate people about the importance of preserving such lands.

Taking center stage in The Battle of Vicksburg event is an all-new digital space designed to facilitate learning about the American Civil War. This Minecraft world showcases a stunning degree of historical accuracy; it was painstakingly built using cross-referenced historical maps and documents. The result of a year-long effort with more than 30 developers, builders and modelers contributing, The Battle of Vicksburg map is populated with fully-voiced NPCs including such historical figures as Mark Twain and Abraham Lincoln. The map also features mini-games—foot racing through town, racing around steamships in rowboats, and target shooting with cannons.

The American Battlefield Trust often matches every dollar donated 3 or 4 times over. The nonprofit has helped save over 55,000 acres in 24 states. You can visit the event’s site to learn more if you are interested in donating.

Starting November 11th, streamers are invited and encouraged to participate. History vlogger BrandonF will kick things off at 6pm EST. You can also head over to Tiltify to learn more and support the American Battlefield Trust and the Minecraft Battle of Vicksburg event.

How to install Git on your Windows PC