Middle-earth: Shadow of War, Dead Rising 4 and more are coming to Xbox Game Pass in July - OnMSFT.com Skip to content
We're hedging our bets! You can now follow OnMSFT.com on Mastadon or Tumblr! 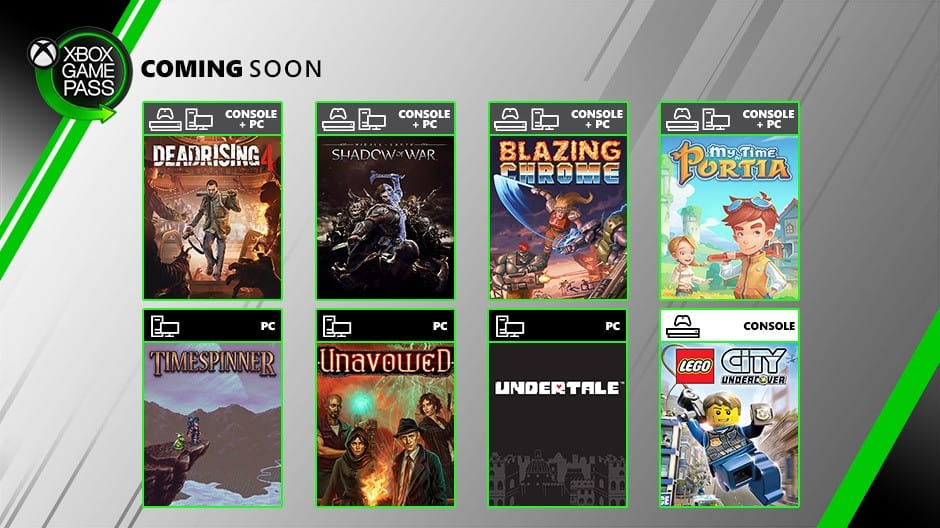 The Xbox team has just announced that eight new games are coming to Xbox Game Pass in July, and following the launch of Xbox Game Pass for PC last month Microsoft will be adding three games just for PC gamers. Four games will be available on both Xbox One and PC, starting with Middle-Earth: Shadow of War and My Time at Portia on July 4, followed ny Dead Rising 4 and Blazing Chrome on July 11.

It’s worth noting that Middle-Earth: shadow of War is an Xbox Play Anywhere title that also supports cloud saves between Xbox One and PC. The game is a sequel to Middle-Earth: Shadow of Mordor, which is already available with Xbox Game Pass for Console.

How to build a great Microsoft Store app