Microsoft may skip Android 12 in favor of beefed-up Android 12L for Duo and Duo 2 - OnMSFT.com Skip to content
We're hedging our bets! You can now follow OnMSFT.com on Mastadon or Tumblr! 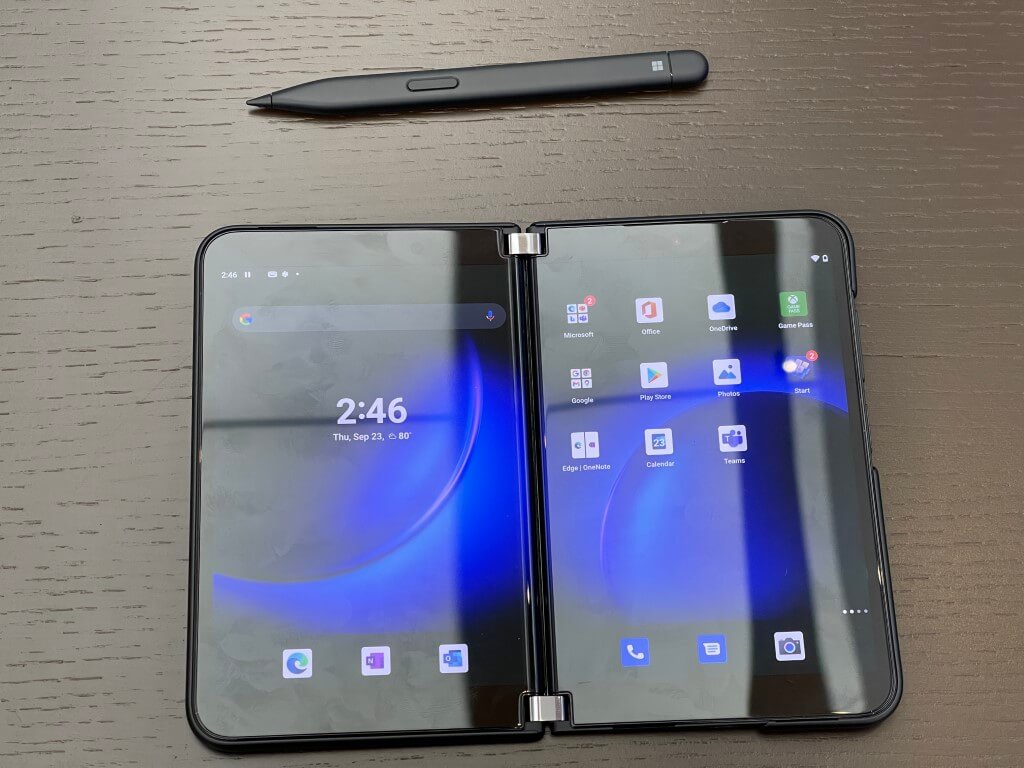 Microsoft Duo fans may cringe when hearing the company plans to skip another thing when it comes to the dual screened device and sadly, it seems that'll be the reality when it comes to Android 12 for both the original Duo and Duo 2 updates.

Fortunately, sources familiar with the products roadmap are whispering to Zac Bowden over at Windows Central that instead of simply skipping Android 12 as Microsoft is known to do with Duo updates, the company is setting its eyes on an Android 12L release in 2022 instead.

Now, Microsoft's track record with updates is shotty to put it nicely, with the original Duo missing out on Android 11 for a full year, no security or bug fixes in 6 months and being behind in version releases by a whole two years.

However, according to Bowden, Microsoft has intentionally skipped Android 12 and is headed straight for the larger dual screen supported Android 12L for both the original Duo and the Duo 2.

Features such as better split screen multitasking, adaptive experiences with tweaks to Jetpack Window Manager, notification shade optimizations to span larger screens, and more all in tow for Android 12L.

Giving Microsoft a modicum of grace, Android 12 has turned out to be a somewhat buggy experience for many devices including the Pixel 6 and 6 Pro with issues ranging from flickering screens, LTE connectivity drops, background battery issue to app crashes.

For any other smartphone manufacturer, skipping Android 12 in favor of Android 12L would not only make sense but also seem like a worthwhile proposition as most modern-day OEM have become fairly reliable when it comes to upgrade schedules.

Unfortunately, Microsoft hasn't operated like most other Android smartphone OEM's and its device update schedule has been the furthest from reliable.

Original Duo owners are now in month 15 of the Android 11 update watch and Microsoft still has yet to solidify an actual date for release with only a vague end-of-year promise it broke three days ago.

If 2021 is any indicator of how Microsoft will proceed with skipping Android 12 for 12L as part of its update roadmap, Microsoft users may be waiting until 2023 and a Surface Duo 3 launch before it hits devices.