[Update: no it doesn't, not yet] Microsoft's Your Phone app now works on the Windows 10 April 2018 Update - OnMSFT.com Skip to content
We're hedging our bets! You can now follow OnMSFT.com on Mastadon or Tumblr! 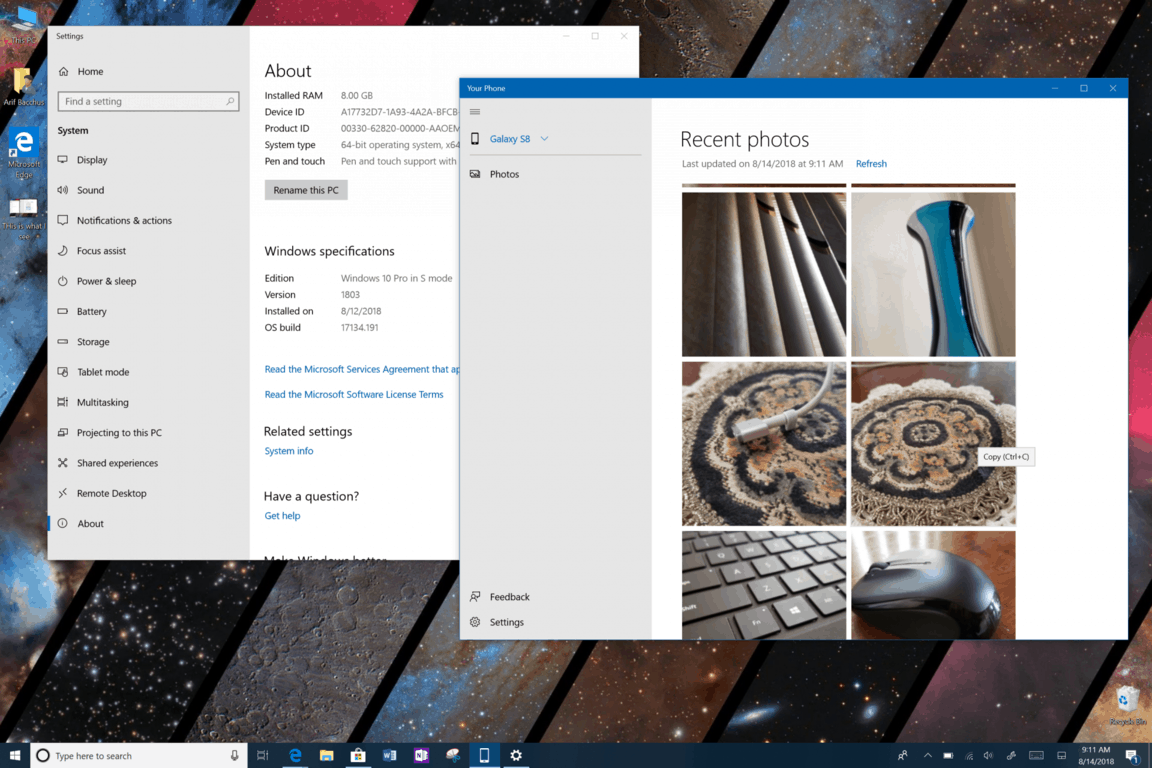 Windows Insiders were first able to test out the Your Phone integration in Windows 10 two weeks ago, but now anyone can try the app out for themselves. Noted by Richard Hay on Twitter, Microsoft's Your Phone app now works on the Windows 10 version 1803, otherwise known as the April 2018 Update.

Update: As noted by Vishnu Nath, Head of Program Management for Microsoft Mobility, the Your Phone app was "not quite ready" for release to the Windows 10 April 2018 Update. The app no longer works for non-insiders, but Insiders still have access to the fully working version of the app. Our original story is still below.

#YourPhone folks on 1803, we aren't quite ready for you yet. We will be back once we are! For now we would love your feedback on WIP.

Interestingly, the store listing for the app mentions that you need Windows 10 build 17134.0 or higher to install the app. This is a Redstone 4 Insider build, and why it currently works on the April 2018 Update.

We tested on our Surface Pro 4 running the Windows 10 April 2018 Update in S-mode and managed to install the app just fine. The app was able to pair up with our Galaxy S8, and when on WiFi, we were also able to copy recent photos off the phone wirelessly through the app and onto our Surface (as intended.)

It's weird to see that the Your Phone app can work on the Production Ring, as the app is still a work in progress and under testing with Insiders. For now, though you can download before it is gone and try the app out without opting your machine to the Windows Insider Program. Check it out via the link below, and feel free to let us know your thoughts in the comments.