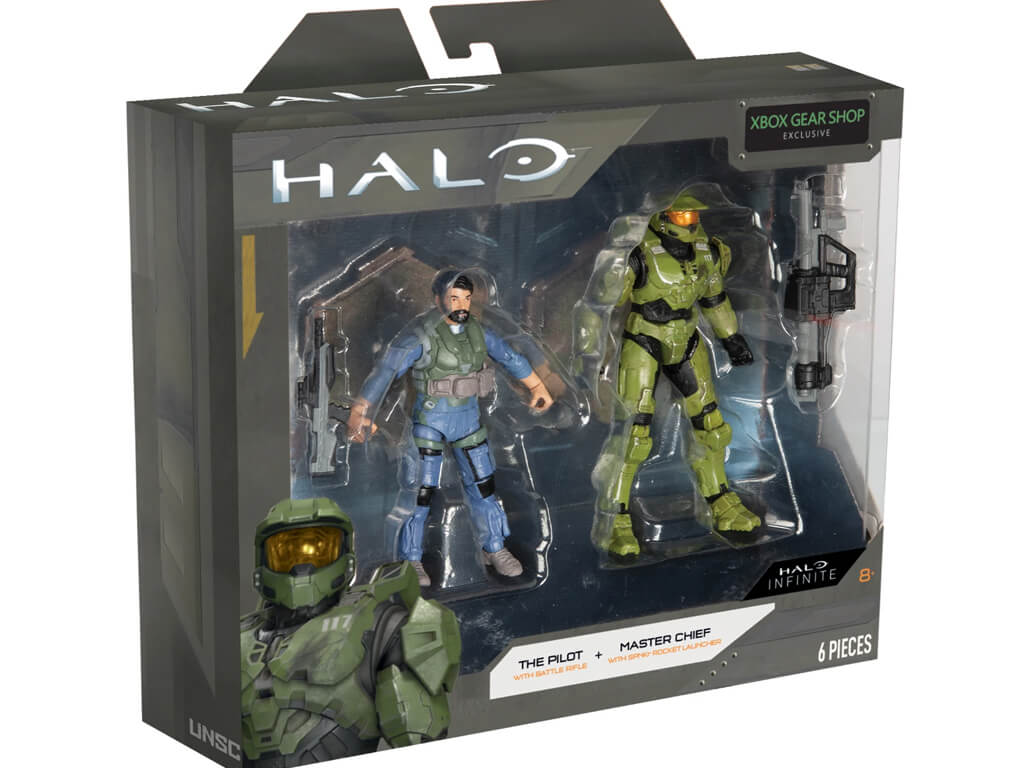 The bundle is exclusive to Xbox Gear Shop and includes action figures based on Master Chief and the pilot from the Halo Infinite campaign in addition to two accessories and two bases. Everyone who places a pre-order will also receive a code via email which can be used to unlock a Neon Skull Weapon Charm in the Halo Infinite video game.

Enter the world of Halo Infinite with Jazwares new 4" scale action figure series! This limited edition The Pilot and Master Chief 2-Pack brings together two pivotal characters from the Halo Infinite campaign story with a limited production bundle only available for purchase through the Xbox Gear Shop.

Receive this exclusive Halo Infinite bonus in-game content [Neon Skull Weapon Charm] with the purchase of The Pilot and Master Chief 2-Pack. This in-game content code will be sent via e-mail including redemption instructions once your order has shipped.

In addition to the above action figure bundle, a variety of other Halo Infinite merch has also been added to the Xbox Gear Shop such as several new Halo T-shirts, two new cups, and some 20th anniversary playing cards. You can view them all here.