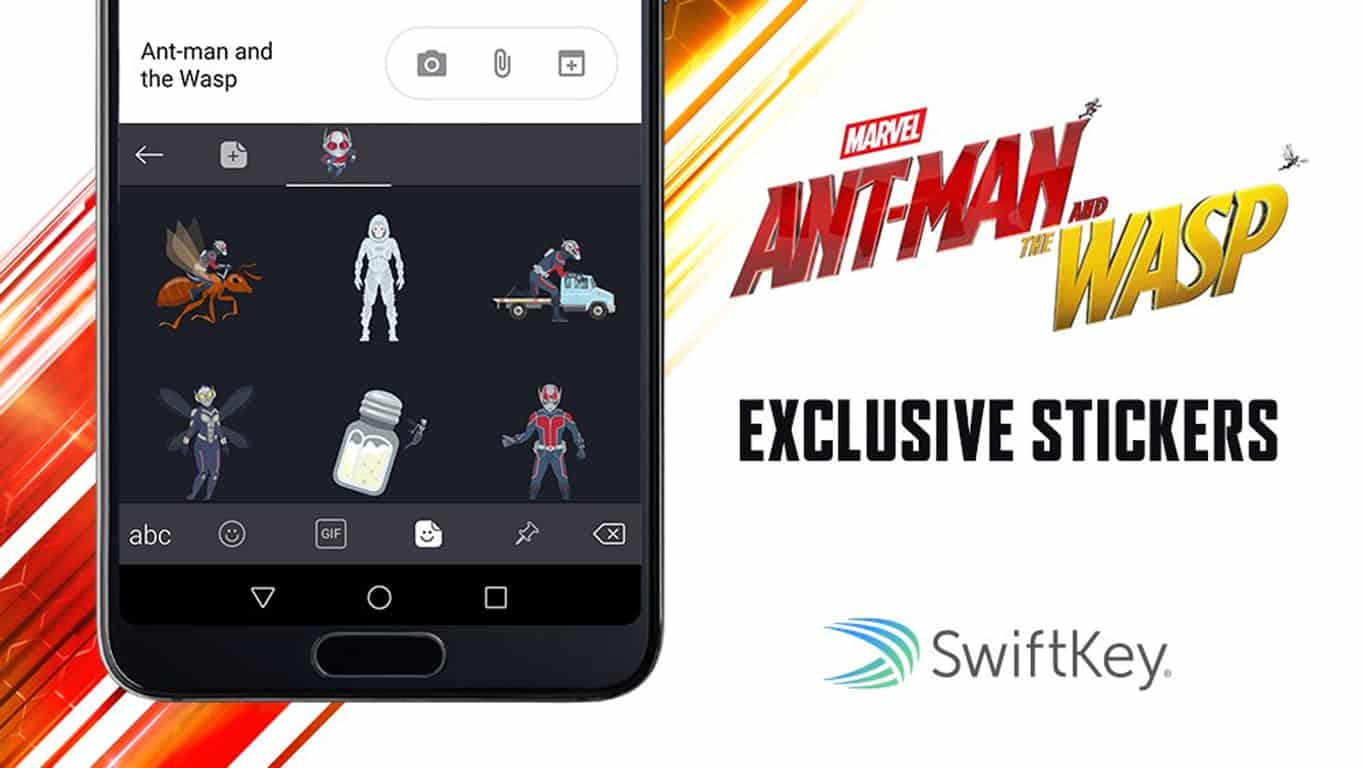 Microsoft's SwiftKey keyboard for Android devices is getting a special sticker set based on the newly released Marvel's Ant-Man and The Wasp movie. The stickers are free to use for all users and feature the two main protagonists from the film plus one of the villain and other related images.

The announcement, which came in the form of a tweet from the official SwiftKey account, claims that these stickers are exclusive which is a pretty great win for Microsoft.

Ant-Man and the Wasp, the latest from the Marvel Comic Universe, comes out this Friday – and we’ve got exclusive Stickers on SwiftKey for #Android just for the occasion! Update/download on #GooglePlay now: https://t.co/bEq4X8SUIG #Android #exclusive #MCU #AntManAndTheWasp pic.twitter.com/KXdrB48UUT

Have you tried these Ant-Man and The Wasp stickers yet on your Android device? Let us know what you think of them in the comments below and then follow us on Twitter for more smartphone news.