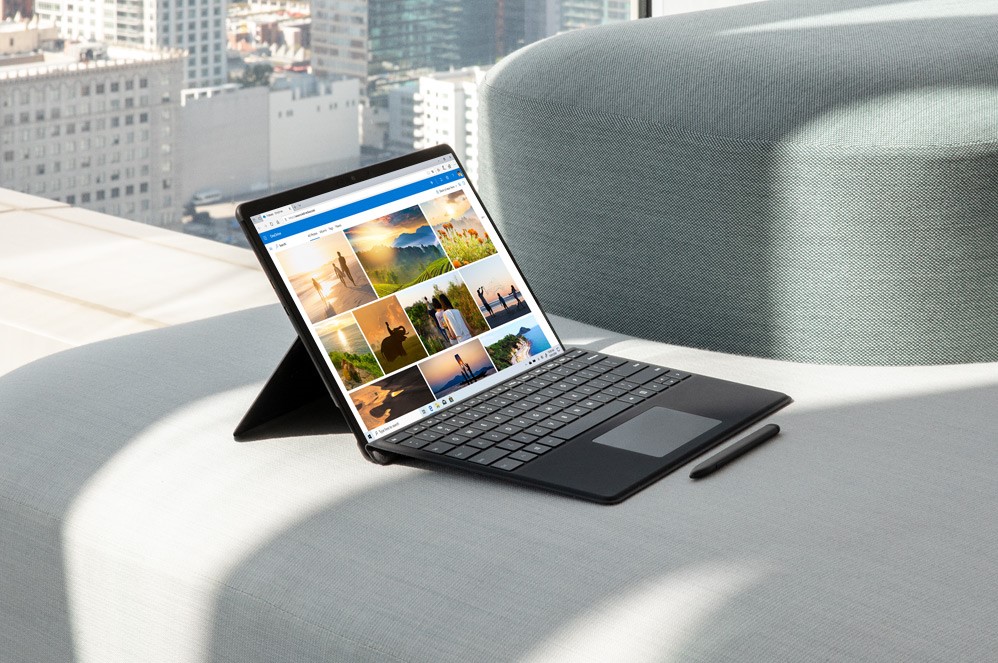 Following the launch of the Surface Pro 7 and Surface Laptop 3 last month, Microsoft’s ARM-powered Surface Pro X is available today with prices starting at $999. This is Microsoft’s first ARM tablet since the Surface 2 running Windows RT, though the Pro X runs full Windows 10 with some compromises due to the ARM chip.

So far, early reviews of the Surface Pro X have been pretty mixed. It’s worth noting that Microsoft apparently sent review units to just a few media outlets, including popular tech blogs such as The Verge  and Engadget. Most reviews highlighted that the custom-designed Microsoft SQ1 ARM processor seem to deliver good performance, but it seems that the tablet fails to deliver the advertised 13 hours of battery life, especially when using emulated Win32 apps.

The tablet also received criticism for its buggy software, the lack of headphone jack, and the Surface Type Cover: It seems that adding a slot for the new Surface Pen makes the Type Cover a bit wobbly, and that it can hide the Windows 10 task bar when a certain amount of pressure is applied.

I haven’t seen many Surface Pro X reviews mention this, but it’s a major problem to me. The keyboard is really wobbly, and as a result it’s often wonky or even cuts off the taskbar when it’s on your lap. Depends how you sit, but it’s a regression imo pic.twitter.com/GHfHePsURz

There’s obviously a lot to like about the Surface Pro X hardware, but it’s still early days for Windows 10 on ARM and the Surface Pro X probably won’t appeal to many due to the compatibility issue with x64 apps. Our own Arif Bacchus has pre-ordered the Surface Pro X, so stay tuned for our full review of the new tablet coming very soon.

The other new product that Microsoft launched this week is the Xbox Elite Wireless Controller Series 2, which we got the chance to try at gamescom in August. The new controller, which Microsoft claims to be the world’s most advanced game controller, comes with new interchangeable thumbstick and paddle shapes, a a wrap-around rubberized grip, a built-in battery lasting up to 40 hours, and a charging case. $179.99 is a lot to ask for a game controller, though keep in mind that all Xbox controllers will be compatible with Project Scarlett when the next-gen Xbox console launches in holiday 2020.