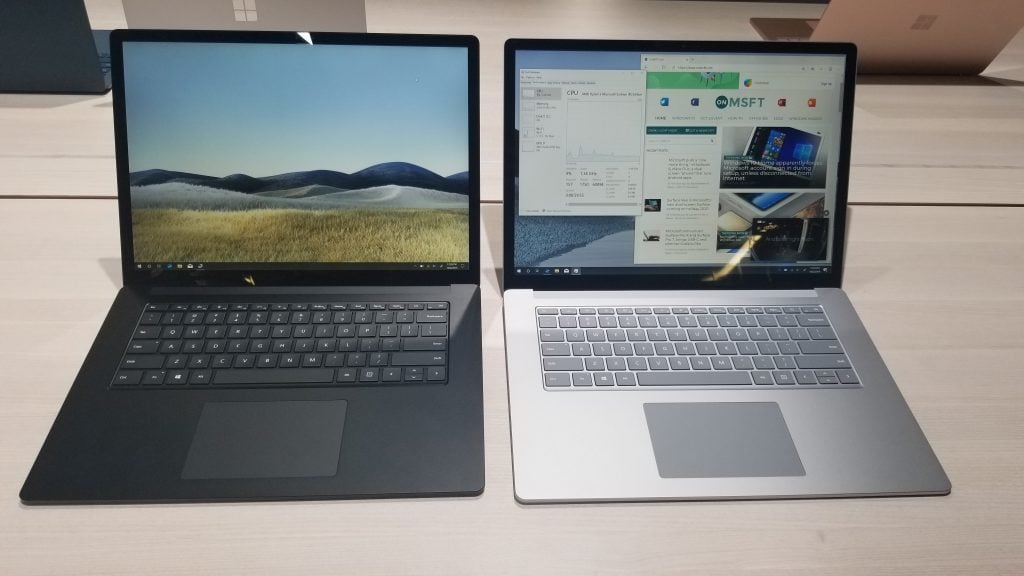 Microsoft's Surface Pro 7 and Surface Laptop 3 might have only just become available for purchase, but the Redmond giant is already pushing the first firmware updates for these new devices (via WindowsBlogItalia). These firmware updates provide reliability enhancements and fixes, such as for the purpose of improving battery life or improved service integration on both devices.

The Surface Laptop 3 with running on the latest Intel Core processors also received numerous improvements, such enhancements for the Iris Plus display drivers to improve battery life. Here's the full list.

The Surface Laptop 3 with the AMD Ryzen Microsoft Surface Edition also has its own share of improvements, including:

It's definitely a good thing to see Microsoft rushing on battery enhancements for these devices, especially given how the company has had a history of battery drain issues for its other devices. Microsoft says it's not currently aware of any other issues with its new devices, but that'll be up to the consumers to see for themselves once they're able to get their hands on them.

Are you looking into getting yourself one of these new devices, or would you prefer to wait and see from others about the reliability of them? Let us know in the comments area below.

Firefox 70 is out with social media trackers blocked by default