Microsoft's Surface Pro 6 and Surface Laptop 2 are available in select markets starting today - OnMSFT.com Skip to content
We're hedging our bets! You can now follow OnMSFT.com on Mastadon or Tumblr! 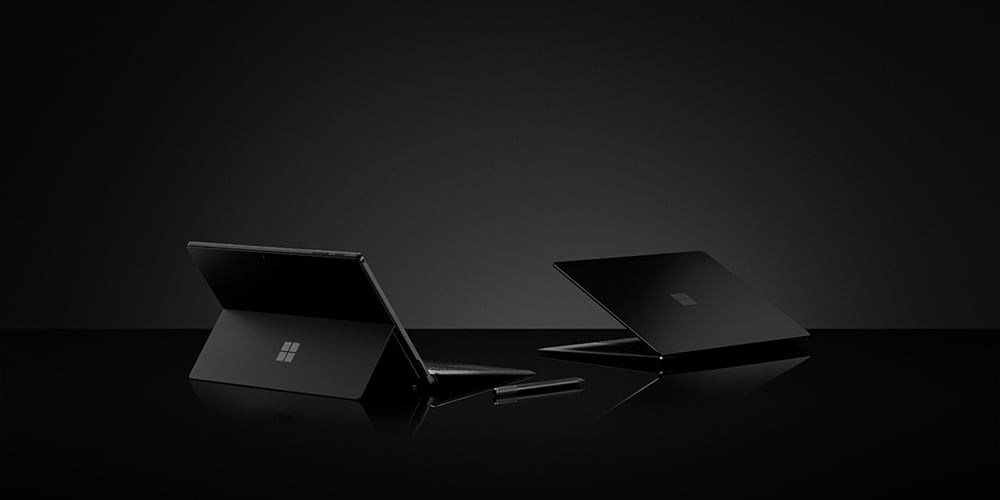 Following the launch of the affordable Surface Go tablet back in August, Microsoft’s new Surface Pro 6 and Surface Laptop 2 are available in select markets starting today. The new devices are available in a new black coating, and they both come with 8th gen quad-core Intel processors bringing a significant performance boost. However, they both lack an USB-C port like on the Surface Go or the Surface Book 2.

“While the refined exterior may look familiar, this is a new generation of Surface Pro, we’ve redesigned the architecture inside the device to deliver astounding power with the 8th Generation Quad-Core Intel Processor, all while still offering up to 13.5 hours of battery life,” wrote Surface head Panos Panay. The new Surface Pro 6 starts at $899.00 for the base model with an Intel Core i5 processor, 8GB RAM and 128GB of storage. To get the black variant, you’ll have to choose the model with a 256GB SSD, and that will cost you $1,199.

Just like the Surface Pro 6, the Surface Laptop 2 kept the same chassis though Microsoft has reworked the keyboard and thermal system to make them quieter than before. In addition to the new black variant, Microsoft also announced an all new “blush” finish that will be exclusive for the Chinese market. A brand new marketing video has been published today, and you can watch it below:

The Surface Laptop 2 starts at $999 for the model with an Intel core i5 processor, 8GB of RAM and 128GB of storage. Again, you’ll have to opt for the version with a 256GB SSD to get the new black coating, assuming you don’t mind to pay an extra $300.

The Surface Pro 6 and Surface Laptop 2 are only available in 10 markets today (Australia, Austria, Canada, China, Germany, Ireland, Japan, New Zealand, the United Kingdom and United States), and Microsoft has yet to announce if LTE variants will be available at some point. The company will also launch its new Surface Studio 2 and Surface headphones in mid-November, and the headphones may well help Surface become a true lifestyle brand.