Hopefully, not indicative of the product itself, the new low-cost Microsoft Surface device dubbed the Surface Go has been a cudgel of missteps and uncommon information leaks from Microsoft’s most secretive division.

Earlier today, in an effort to drum up a bit of hype for the release, the Surface team emboldened tea-leaf readers to parse a cryptic tweet about the upcoming release of the Surface Go. Now, a mere eight hours later, the device has been revealed via Microsoft, to the public.

While the embargo on the Surface Go has been arguably mishandled by both Microsoft and early access reviewers, never the less, the product is here. Surface fans can get their hands on the oddly bezeled tablet computer starting next month, August 2, 2018.

For the price of $399 USD, they get a device with a “next generation kick-stand” extending to 165 degrees and with the specs below. An LTE model is also planned, which Microsoft says will be arriving later this year. 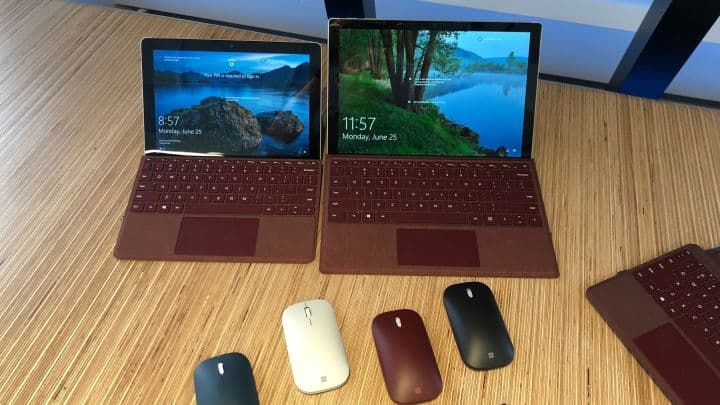 In side by side comparisons, the Surface Go looks like the ugly little stepbrother of the Surface line up, but for $399 it gives Microsoft a chance to compete in the Chromebook/iPad market a bit better. Reviews are sure to follow in the coming days, so we’ll get even more insight into the performance of the Surface 3-like replacement.