Microsoft's Surface Go 2 may have been confirmed by FCC filing

If the ongoing coronavirus outbreak could well change the near-term plans of PC and phone manufacturers, Microsoft is apparently still committed to its planned products and releases. Indeed, it seems like the Redmond giant is ramping up to announce its upcoming products, one of them being Surface Go 2.

We reported about the leaked Surface Go 2 specifications a couple of weeks ago, and now a new FCC filing for a "portable computing device" spotted by Windows Latest seems to have confirmed the device's upcoming launch. 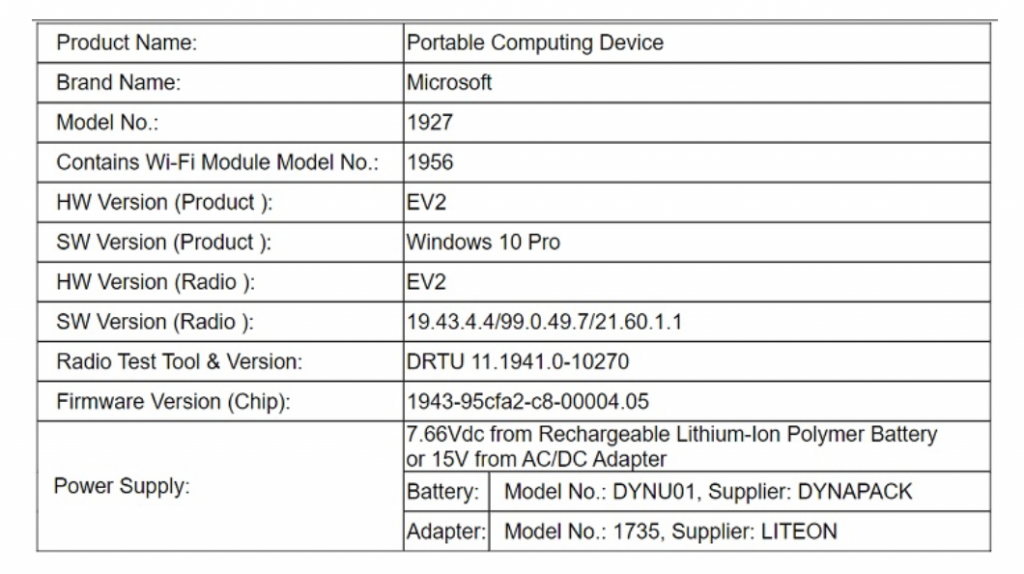 For those curious to know the design changes, the report says that the Surface Go 2 should be similar to the first iteration, like all other second-gen Surface products. Microsoft is probably going to follow its tradition of bringing major changes in the third iteration, as we noticed in Surface Laptop 3, Surface 3, and Surface Pro 3.

As for the specifications, the base model is expected to pack an Intel Pentium Gold 4425Y, which is a minor improvement as compared to the original model with the Pentium Gold 4415Y processor. Besides the base model, Microsoft reportedly plans to deliver a higher-end version with a Core M processor, as well.

It likely won't be long before Microsoft makes its Surface Go 2 official. The company is also expected to announce a new Surface Book 3 very soon, which should once again feature more powerful specs compared to what we've seen in the Surface Pro 7 and Surface Laptop 3 last year.

Office 365 Groups will soon be rebranded as Microsoft 365 Groups