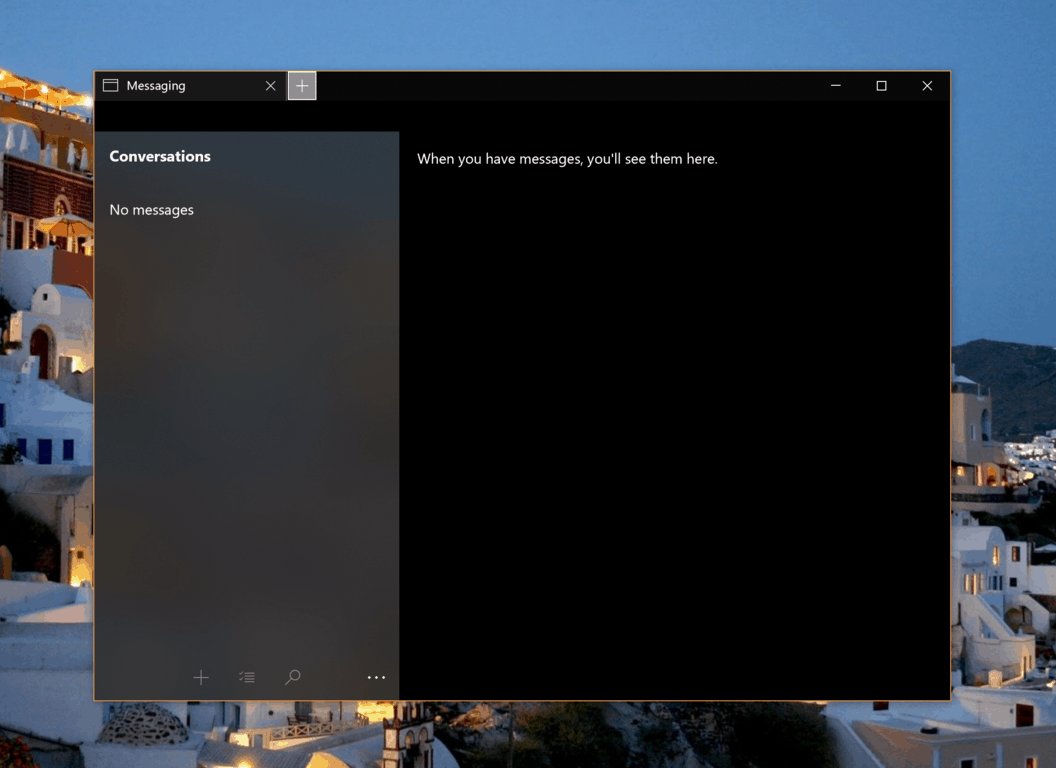 Since Microsoft stopped its “Messaging Everywhere” experiment two years ago, the Windows 10 Messaging app has become pretty useless on PCs. The app can still sync text messages from a Windows 10 Mobile handset as of today, but it can’t be used to send text messages from your PC. To do that, you have to use Cortana or the unreliable “SMS Relay” feature in the Skype UWP app.

Why did Microsoft take the time to update this app on the desktop, you may ask? Well, the Windows 10 Messaging app is still useful for PCs with cellular modems, as it can show you texts messages from your mobile operator about your data plan. More importantly, this app as is still a key app on Windows 10 Mobile phones, and we also expect to see it on "Andromeda," the foldable mobile device with phone capabilities that Microsoft is reportedly working on.

Anyway, Microsoft's stock Messaging app is apparently here to stay, and we hope it will get more useful in the near future. It should be once Always Connected PCs start to hit the PC market later this year.