Microsoft has released a new iPhone app that can help the visually impaired get where they want to go. Unlike the company’s Seeing AI iOS app, which uses the iPhone’s camera to narrate the world around someone by recognizing objects, people and text, Microsoft Soundscape uses 3D audio technology to help people who are blind or have low vision explore their surroundings.

We first heard about Microsoft’s 3D Soundscape technology back in 2014, when the research project was developed with a Windows Phone in mind. Today, the iPhone app can work in the background and automatically warns users about points of interests, roads and intersections. Users can also place audio beacons on a point of interest that they would like to track, and Soundscape will then keep them informed of its location and their surroundings along the way.

Soundscape requires a pair of Stereo headsets for its 3D audio technology to work effectively. “With 3D audio, the sounds are perceived as coming from the point of interest, so the user can build a mental image of what’s around from the acoustic environment – the soundscape – of sounds in the environment and those from the Soundscape app,” the company explained.

The app is now free to download in the US and UK, and it requires an iPhone 5s or better running iOS 10.0 or later. The app is still a work in progress, but Microsoft is inviting users to share their feedback through the Accessibility Uservoice website. 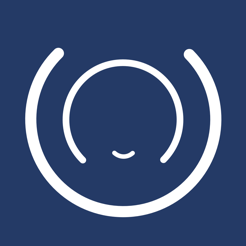