“Now I will be able to read in Japanese. And I can also read my mail and other communication and correspondence on paper, so that will be super exciting. If any communication was on paper, I would have to have somebody read it to me. But now I’ll be able to read it myself. Seeing AI becomes my assistant and provides me with the support that I need so that I can focus on taking care of my daughter. One of the things I love about Seeing AI is that once you have this one application, with tons of features, then you can use it for anything."

Ishii looks forward to using Seeing AI's Short Text channel, which reads text aloud as soon as it appears in front of her iPhone's camera. Seeing AI also provides users with a Documents channel, that helps users read larger pieces of printed text. Relying on other people to read documents and describe the environment around them can be a frustrating experience for blind people.

Microsoft's co-founder of Seeing AI, Saqib Shaikh, is interested to see how blind people are using the Seeing AI app on iOS. Shaikh is blind too and developed the Seeing AI app to help him navigate the world without any outside help.

The Seeing AI app on iOS launched in 2017 and is available in 70 countries. Previously, the iOS app only provided support in English. That can be a particular disadvantage if English is not your first language. Since its inception, Seeing AI has helped people "see" more than 20 billion things.

Download the Seeing AI iOS app for yourself and see how well it works with the new Dutch, English, French, German, Japanese and Spanish support. 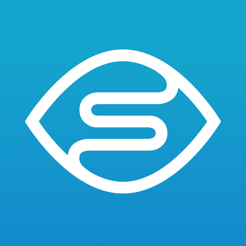 Outlook for iOS now supports Do not Disturb for all Outlook.com and Office 365 accounts