Seems as though Windows users and Microsoft fans may be on the precipice of another software and platform design overhaul.

While it may not be to the extent of Microsoft’s most recent Fluent Design efforts, a new interview given to The Verge by Jon Friedman, head of Office design, reveals that the company is looking to use a more divisionally-collaborative approach to the way it designs software and hardware going forward.

According to the interview, Microsoft is adopting an more open source strategy to its overall approach to design by has wrangling the company’s design heads to share and critique one another’s work, before it hits the general public.

“We operate like an internal open source team. So we’re all openly sharing our design work, critiquing the work, working on it together. What we’ve found is that the best way to develop our Fluent Design system is to truly open source it internally. What’s happened is that we’re getting the best of everyone’s work that way.”

The new design executive dream team consist of Jon Friedman from the Office team, Albert Shum from Windows and Ralf Groene from the rockstar Surface division and they’re tasked with bringing cohesion to much of Microsoft’s design efforts. Historically, Micoroft divisions worked in siloed development paterns and seemed to only share their approaches once a product hit general availability.

When new designs would come to Office, Windows or Mobile (when its still alive) the more successful design elements would be plucked and dropped into other platforms without context or foresight for user flow. 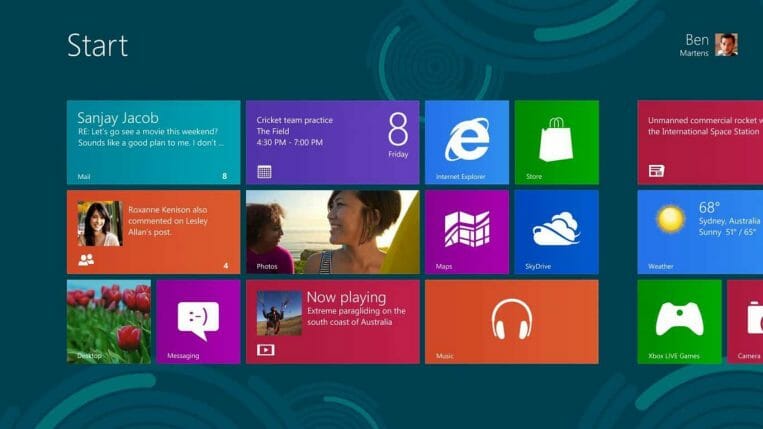 Now it seems that Microsoft’s design dream team will oversee proposed element designs and find out how and where they can be applied across the entire company, if at all.

In addition to more collaborative approach, Friedman also notes that Microsoft is also being more methodic and patience with its design roll out. Unlike the Windows 8 design blitz of 2013, or the new Microsoft is planning to release Fluent Design elments across platforms over a long period of time and with more polish than previous iterations.

Recently we’ve seen hints at an Office icon overhaul that has sparked Windows 10 fans to ask for the same attention to be paid to the rest of Windows, and it seems Microsoft already had response in the cannon.

Outlook Mobile is getting a major redesign on iOS today with new version 3.0