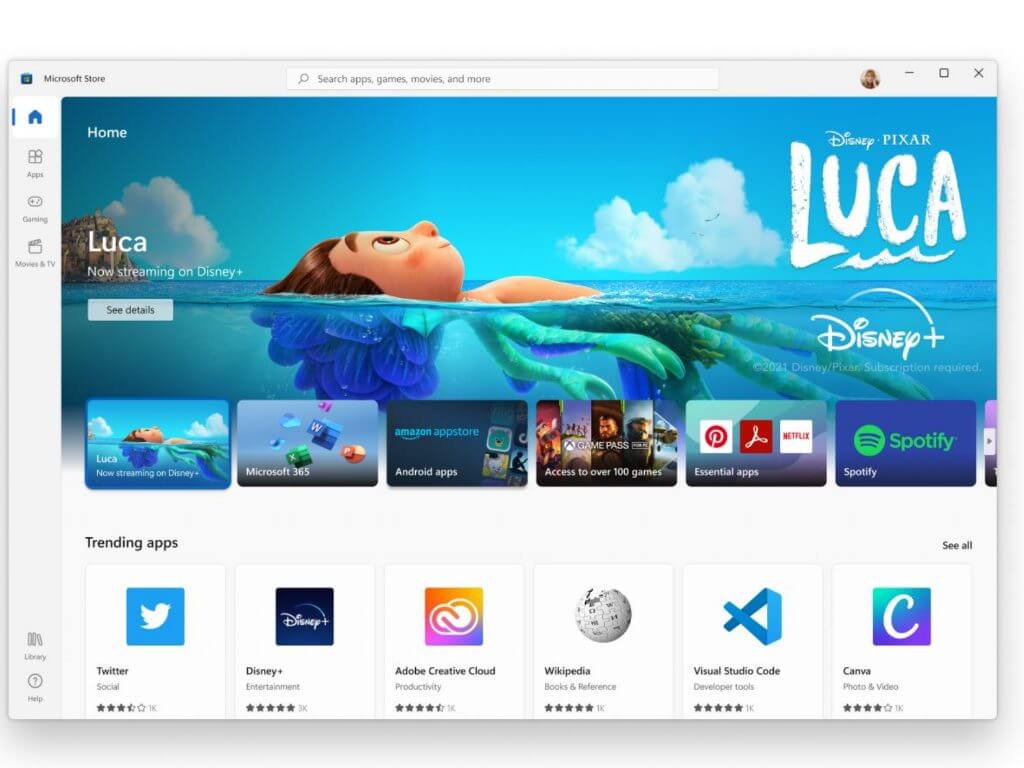 Microsoft took the wraps off its new app store for its new Windows 11 operating system during its streamed "What's New for Windows" event.

Microsoft has hinted at a "rebuilt" Microsoft Store that would offer more than its currently rebranded Windows 10 Store that also claimed to be a "better experience" than the original Windows 8 Store iteration.

While the bar was set pretty low for expectations of Microsoft's new Store experience, the company may have leapt over those expectations as it highlighted the changes coming to the app store experience for Windows 11, but the new Microsoft Store will also come to Windows 10 PCs.

Alongside a visual redesign that looks less cluttered than the current Store layout, the new Store is getting a functional feature called Stories which offers, "rich editorial content to keep you informed about the best apps and inspire you to achieve more with your device."

Apps from the web are getting a native look and feel in the new Store as well as a new pop leverages design cues from the Store. Not to be left behind, Microsoft's own apps will be updated, too, according to the blog post: "Some of our own apps like Microsoft Teams, Visual Studio, and even Notepad and Paint will be coming to the Microsoft Store on Windows."

Microsoft is also claiming that the new Store will be more open for developers by supporting more types of apps as well as offering flexibility in commerce platform support.

First, developers will be able to develop and publish "any kind of app, regardless of packaging technology," which can include Win32 of course but also .NET, UWP, Xamarin, Electron, React Native, Java and PWAs. Next up is the ability to bring on board a developer's favorite or preferred commerce platform to the Store. Starting July 28, 2021, developers can embed 3rd party commerce platforms in their apps and do not need to pay Microsoft any fees, keeping 100% of their revenue!

Microsoft and Amazon are surprisingly working together to bring their catalog of Android apps to Windows 11, and it's being done so by leveraging Intel's Bridge technology.

While it may not be the Google-sanctioned Play Store route, it gets TikTok on desktops with the ability to Window the app like a native Windows application.

There is a lot more coming to the Store for developers, but the broad strokes were laid out pretty well by Microsoft today. The new Microsoft Store looks to be a much more promising place than it's been in a long while.

Microsoft to release first Windows 11 Insider build next week, but there's a catch