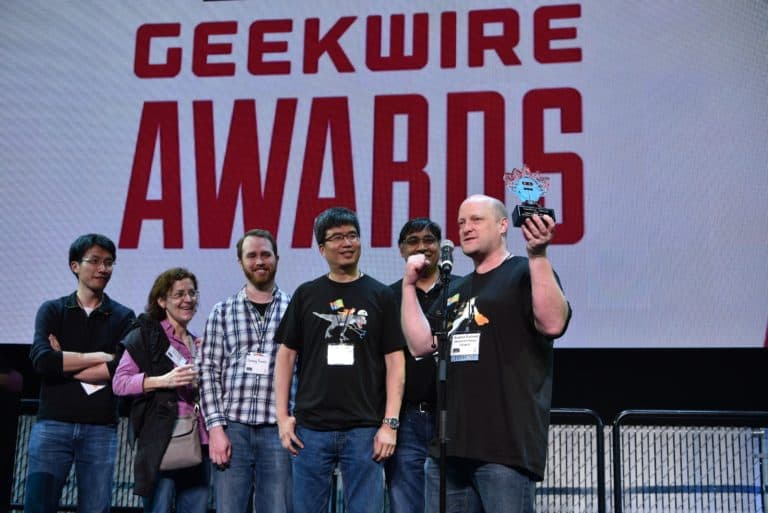 Microsoft Research won one of the 14 awards at the eighth annual GeekWire Awards in Seattle yesterday. Project Catapult, a longtime research initiative on field programmable gate arrays (FPGA), received the "Innovation of the year" award during the ceremony held at the Museum of Pop Culture.

Last year at its Ignite conference in Atlanta, Microsoft discussed how it was using the programmable chips in its data centers to improve its cloud computing platform Azure and other online services. At the time, Microsoft CEO Satya Nadella said that FPGAs were "no longer just research" and an "essential priority" for the company. As of today, the programmable chips are being used in Microsoft servers in 15 countries on five different continents.

When accepting the award, Andrew Putnam, principal research hardware design engineer at Microsoft Research explained that Project Catapult started as a very small project. "We kept it around UW and kept it local,”he said. "Now, we are changing the world. I hope you guys can use our AI and cloud platform for your next innovations,” he added.