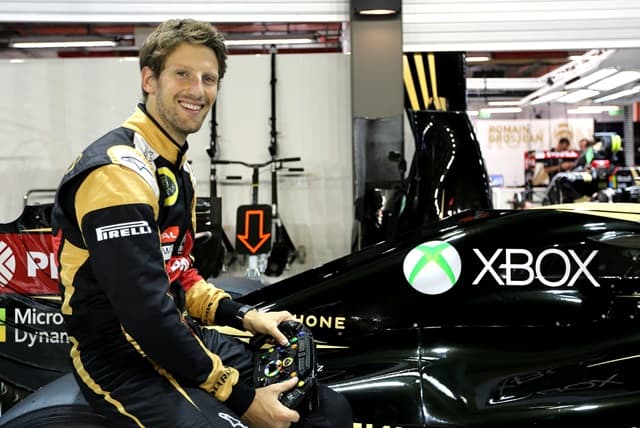 Okay, admit it. You spend more time racing on your Xbox One than you do quality time with your significant other. Your friends don't recognize you without a steering wheel glued to your hands. In short, you channel Mario Andretti every time you fire up Forza Motorsport 6 on your Xbox One.
If this describes you, then Microsoft has the perfect challenge. Take on Lotus F1 Team Driver Romain Grosjean and Head of Xbox Phil Spencer for a chance to be recognized as a Forza master. Just race the 2015 Lotus F1 Team E23 Hybrid on the Circuit de Spa-Francorchamps in-game, specifically via the "Time to Shine Challenge" Rivals mode event, and post your time on whatever social media you prefer using the hastag #TimetoShine. You'll need to beat the times set by Romain (1 minute 52.703 seconds) and Phil (2 minutes 00.343 seconds), and so put on your racing hat and get down to business.

“I am extremely excited about the launch of Forza Motorsport 6 in Asia. I’ve had the opportunity to race the E23 Hybrid in the game, and the entire racing experience is absolutely amazing. The visual detail within the car is immaculate, the graphics absolutely breathtaking and the sound is incredible – it almost feels like I’m racing the actual car itself! I’m particularly impressed by the night racing and wet weather modes as they provide an added dimension to the virtual racing experience. I hope fans will put in their best efforts in this challenge, and look forward to seeing them beat the timings set by Phil and I.” said Romain Grosjean, Lotus F1 Team Driver.

You're only competing for bragging rights here, but if you're the racer you think you are, that should be enough, right? Go fire up Forza Motorsport 6 and get racing.

How to celebrate talk like a pirate day with your Lumia