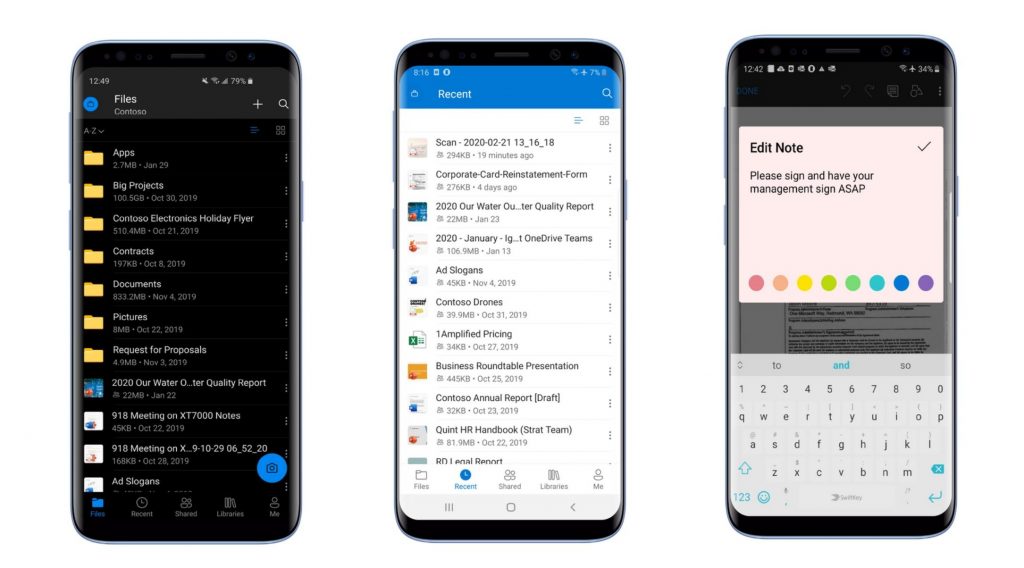 In a blog post today, Microsoft announced that the OneDrive app on Android is getting a refreshed feel with touches of Fluent Design, and much more. The version 6.0 update delivering these changes is now slowly rolling out, though we're not seeing it on our end just yet.

The biggest changes delivered with this new update is support for Android's Dark Mode. Thanks to this, users will experience less eye strain and improved battery life on devices with OLED screens. Other changes in this update include the way that files and folders look in the app. They now have borders, and icons have much more depth and focus, as seen in the featured image above.

Overall, font size and spacing across the OneDrive app have also been improved for better readability. Even the icon for scanning has been updated to a lens logo. Elsewhere, Microsoft has also updated OneDrive so that you will be able to search for files across OneDrive and all shared libraries in SharePoint. This makes it much easier to find what you're looking for in one, single interface.

Finally, there are some improvements that help better align OneDrive on Android with OneDrive on iOS and the web. When you visit the "Recent" files list, all of your uploaded files and recently viewed ones will now show up on the top. This ties in with the final new feature, an updated PDF editing experience. Now, you'll find that pens, highlighters, and the eraser can now be found at the bottom of the screen.

Even notes have been improved and Microsoft says it will be easier to create and view or customize notes, down to the color picker on the note surface.  You can learn more about these changes in Microsoft's blog post and can check the link below to update your app.