Latest Microsoft hardware patent goes back in time Skip to content
We're hedging our bets! You can now follow OnMSFT.com on Mastadon or Tumblr! 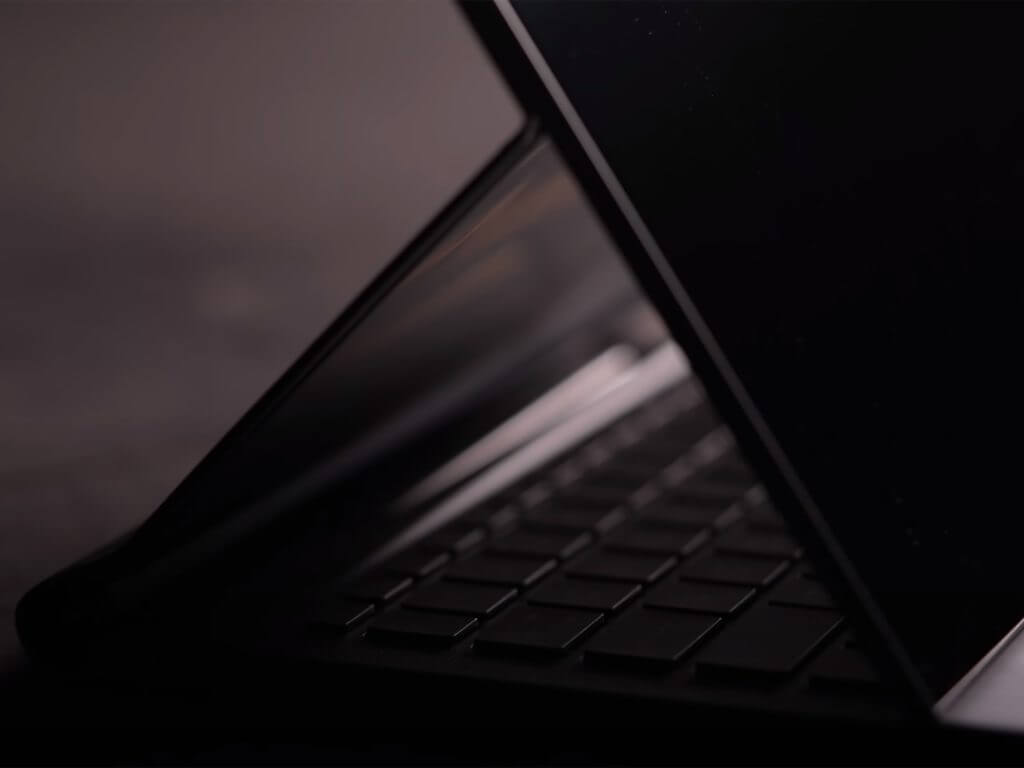 Microsoft may soon take its Surface hinge technology and engineering to the next level with a new patent revealing a "stabilizing" and friction strip assembly.

According to a new patent surfaced by Patentscope and initially reported on by Windows United, it appears Microsoft is thinking about expanding the ways people interact with its future 2-in-1 devices beyond articulating and fulcrum hinges. The Abstract of Microsoft International Publication Number WO 2021/145886 A1 is as follows: 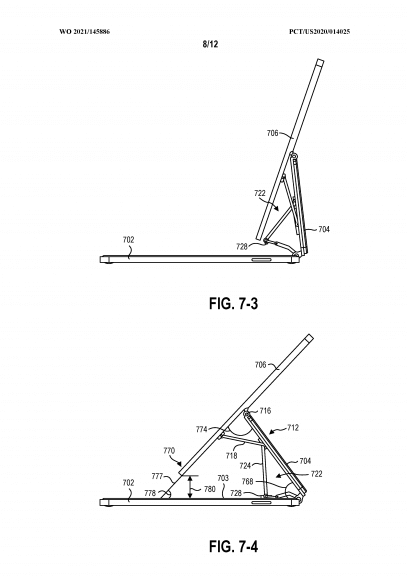 Based on the explanation and accompanying images, Microsoft's concept 2-in-1 sort of resembles 2021 HP's Elite Folio, Acer's ConceptD 3 Ezel, fan art from 2020, but mostly, the chunky underrated Acer Aspire R7 from 2013. 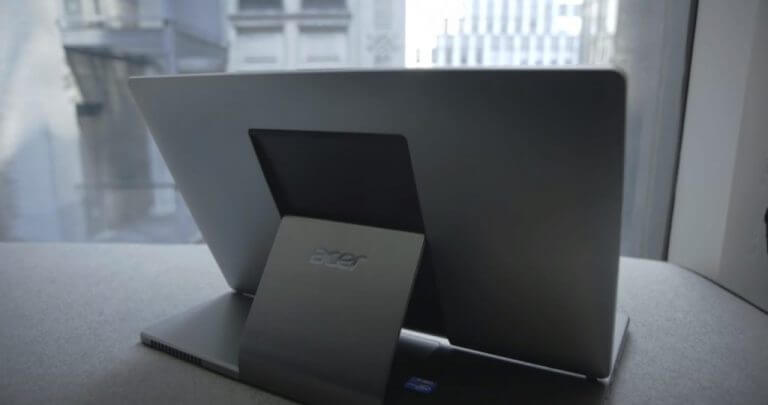 Back in 2013 both Sony and Acer introduced 2-in-1's similar to today's patent reveal that were then powered by Windows 8. The Acer Aspire R7 was a heavy 5lb tablet computer with a 15-inch screen that relied on a dual hinge design versus a five-part accompanying "friction strip" to help offer users five different modes to engage with Windows 8.

The Sony VAIO Duo was a slightly more compact implementation with a 13-inch screen and weighing 2.9lbs, however, it also made use of a more contemporary dual hinge. 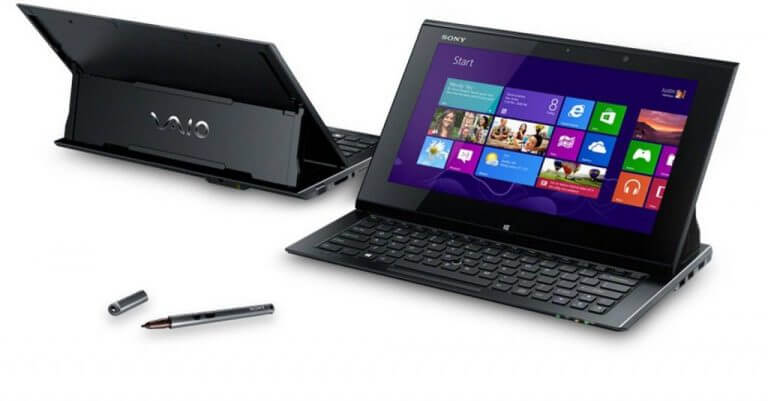 Microsoft's patent of a more sophisticated "friction strip" is a bit of a headscratcher as modern implementations from companies such as HP and even its own ageing Surface Studio have been successful without all the proposed additional hardware. Even in its explanation, Microsoft appears to be still mulling over the intended implementation of the new patent.

Last year, artist Ryan Smalley from the Yanko Design blog conceptualized a new Microsoft Surface that could resemble a miniaturized Surface Studio with a display-width hinge connected to a mid-point swivel joint and attached keyboard as the company's next hardware offering. 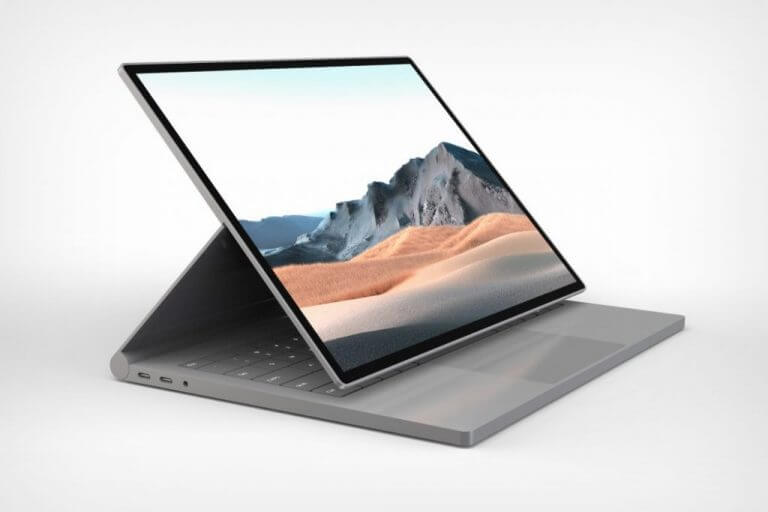 The stylish piece of concept art surfaced roughly around the time Apple introduced its Magic Keyboard for the iPad Pro and looks to take some liberal inspiration from Cupertino's implementation.

The more important part of the concept art was the distinct Surface like attention to detail paid to swivel points and minimalism. Leveraging a now tried-and-true dual joint hinge design, the concept Surface takes much of the Surface Studio and Surface Book elements and combines them into potential Surface Book replacement. 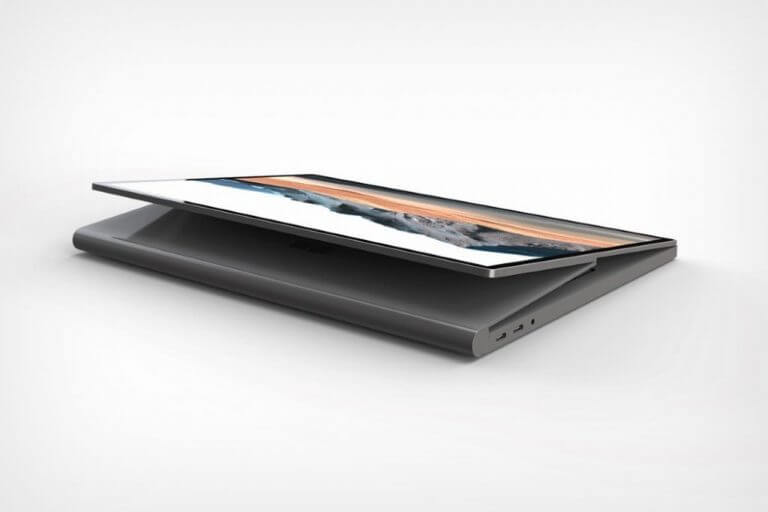 Microsoft doesn't go into detail about what the device patent is called, or references, let alone dubbing it a Surface. The patent was granted July 22, 2021, and it'll probably be a while before we see Microsoft expound on this concept, if at all.

Hands-on: Microsoft Flight Simulator on Xbox Series X is the next-gen experience I was waiting for