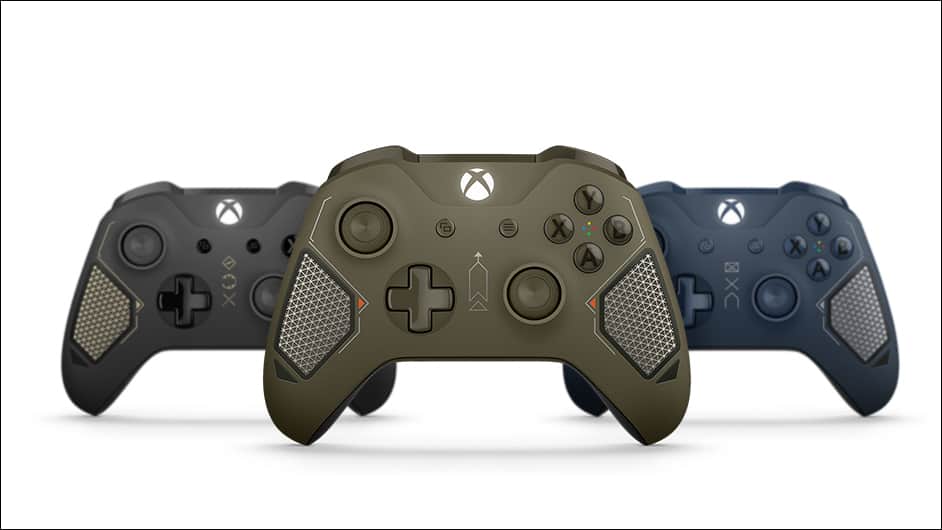 This latest Combat Tech Xbox Wireless Controller features the "Military Green" color, available in the Xbox Design Lab, and a laser-etched, textured grip, perfect for first-person shooters (FPS), including Battlefield 1 on Xbox One. When you purchase the Combat Tech controller in select regions, you are eligible to receive a free 14-day trial for Xbox Live Gold and Xbox Game Pass.

All Xbox Wireless Controllers in the Tech Series are compatible with all the consoles in the Xbox One family, Windows 10 PCs, and Samsung Gear VR headsets. You can use the Xbox Accessories app on Windows 10 and Xbox One to customize your Xbox controller to give you an edge over other gamers.